Launches, Mergers, Category Expansions, Express Deliveries, Funding, Celebrity Endorsements, Offline stores going online, and what not? In short, it has been a maddening year for the eCommerce World!

In a race to beat the competition, eCommerce giants are trying their best to emerge as a leader due to which we witnessed a few acquisitions and mergers last year…. 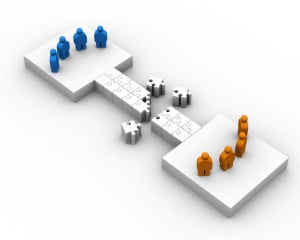 With all the positive response ecom giants got throughout the year, it is obvious that this industry is here to stay and there’s no looking back from here. The Indian Government also chose to go with flow and not feel left out. Here are some of the unexpected Government news and moves that proved that online selling industry is without any doubt booming and is backed by all…

Prime Minister Narendra Modi unveiled the ambitious ‘Make in India’ campaign, which will cover 25 sectors, including textile and garment industry.

eCommerce to be TAXED?

Seems like the government too suddenly (or was it?) woke up to the fact that ecommerce is big and wanted their share too of the ecommerce pie. Discussions were on back and forth – Should taxes be levied on ecommerce? Should ecommerce be put under the scanner? Should the FDI regulations be relaxed to aid the growth of ecommerce? … And so on. 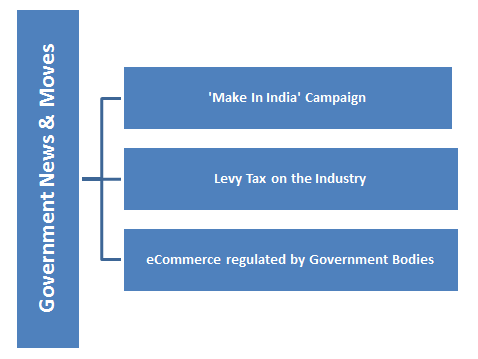 Not just the growth graph, we also witnessed the major players fall flat on their faces. With success comes failure – True! And with impulsiveness comes blunders.

Flipkart’s Big Million Sales blunder is known to all. Similarly, Snapdeal’s delivery blunders are not new to the online world. To cut down these blunders and better the customer experience, government again interfered and decided that ecommerce should be regulated by various government bodies.

Here are some of the major happenings on front of delivery that happened last year:

Results can never be smooth, if the process itself is chaotic. To ensure the whole logistics system works in an orderly manner and there is no last minute mess, ecommerce companies decided to start fulfillment centres so that the delivery man has one single pick up point. Where Flipkart launched ‘Flipkart Advantage’, a stock-and-ship service for its third party merchants; SnapDeal focused its extended logistics service Safeship.

Shopclues, another one of the top players expanded its fulfillment spaces to strengthen shipping offering 3 kinds of services to sellers –

a) Items are picked up by merchants and brought to the fulfillment centres, where they are packed and shipped.
b) Items are packed by merchants and handed over to associated courier partners
c) Items are packed and shipped directly by merchants
Considering the rapidly growing ecommerce graph, there are just too many companies that decided to go online, by launching their own marketplace or tying up with major marketplaces. The biggest news of the year we feel was collaboration of Amazon and Indian Railways. Not only because it’s government going online; but because it shows the level of support government is extending to this relatively new industry and also utilizing its growth to the fullest.

And just in time, Microsoft thought – Why lag behind? So the company decided to join the rat race. Top FMCG names also jumped in.

Not just the top companies, celebrities too chose to become the brand face…
* Yepme roped in Shah Rukh Khan as Brand Ambassador
* Aamir Khan becomes a brand ambassador of Snapdeal 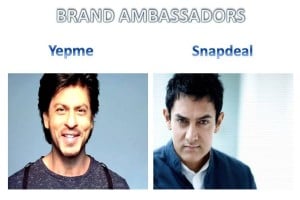 While some people were busy acquiring, merging, launching, expanding and bringing their offline stores online; there were companies who made smarter moves and lended the ecom giants the money they require to grow.

eCommerce has been growing at lightning speed because it is well-researched and on its toes. The industry is ever ready to welcome and adapt itself to any change. With the boom of smartphones in India, the research shows that websites get majority of their traffic from Mobile. Also, most of the online shopping is done via smartphones. 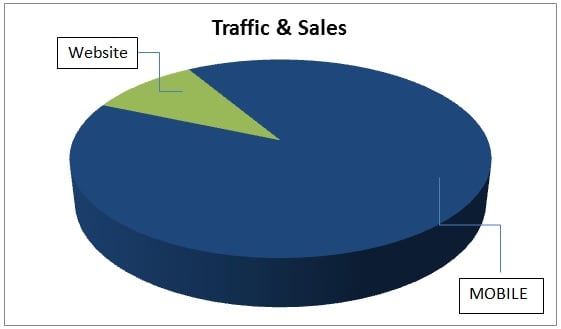 When companies launched mobile apps and started offering additional discounts and exclusive offers on app; it was crystal clear that it is an effort to promote newly launched apps. But this doesn’t stop after the launch phase and the offers got tempting and irresistible with time. Only when Myntra announced that the company is shifting its focus to mobile website and will shut its desktop site did the ‘Exclusively for App’ funda got clear. For now, Flipkart and Myntra have shut their mobile sites and are planning to shut desktop sites as well.

We definitely starting the year with eCommerce, but as we end it with the latest trend in the industry –  mCommerce; we are afraid that next year the report would be talking about How mCommerce took over eCommerce in the year that was!