Home  »  In The News  »  ‘Make in India’ initiative, will the ecommerce industry benefit? 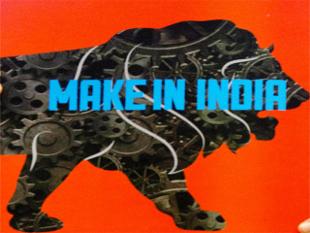 Prime Minister Narendra Modi unveiled the ambitious ‘Make in India’ campaign, which will cover 25 sectors, including textile and garment industry. The PM announced the government’s initiative to make India a manufacturing hub in the presence of the Who’s Who of the corporate world of India and abroad.

Under the ‘Make in India’ scheme, logistics and systems will be smoothened and put in place to address queries of potential investors. Along with the scheme, a logo, web portal and brochures have been launched. The PM announced his government’s promise of effective and easy governance for high growth and employment opportunities.

“I do not only talk about good governance. I talk about effective governance and easy governance,” he said launching the ‘Make in India’ campaign that was attended by a galaxy of industrialists and business leaders, including Cyrus Mistry, Mukesh Ambani, Azim Premji, Kumar Mangalam Birla, Chanda Kocchar and Y C Deveshwar.

Is India equipped for the ‘Make in India’ campaign?

Textile is always of high demand but in the coming years, the demand is expected to increase in light of the following:

Additional support and favourable policies from the government will also help to boost the growth of the industry.

Does the investment policy differ under ‘Make in India’ campaign?

The current FDI regulations by the Indian government already allows 100% FDI under automatic route in the textile sector, which means the Make in India scheme has backing currently for the textile and garment industry.

Multiple foreign companies have placed their investments in India like textile machinery manufacturers Rieter and Trutzschler, fashion retailers like Zara and Mango (Spain), Benetton (Italty), Promod (France) and US retailers like Espirit, Levi’s and Forever 21.

The Make in India initiative will extend investment options for foreign companies and brands across all like synthetics, value-added and specialty fabrics, fabric processing set-ups for all natural and synthetic textiles, technical textiles, garments and retail brands.

Will ‘Make in India’ accelerate the growth of ecommerce in India?

It is clear that the PM wants foreign companies to feel welcome to expand into India. With ecommerce being high on popularity, which could be the route of entry for most retailers. With tie-ups with local and domestic manufacturers, they will get the much-needed boost for their growth and development.

But a point to consider is that the textile and handloom industry is already backed and supported by the government with a separate governing body for the same. Couples of other famous aspects of India like the handicrafts and arts need more boosts considering they are a favourite and fancy of people the world over.

Next Article Infibeam –In or Out of the Ecommerce Race?