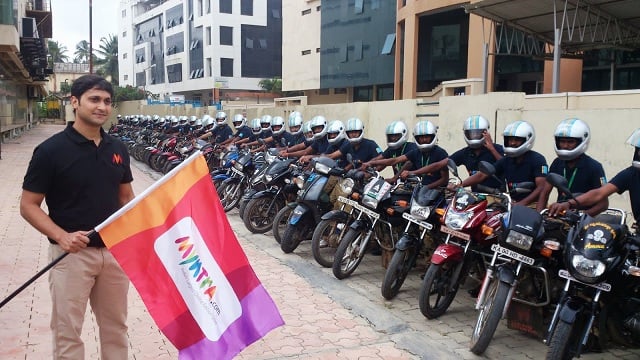 With the news about Myntra re-launching its desktop site on June 1 spreading like wildfire, we are reminded of the popular phrase ‘Never Say Never’.

“We found that while a majority of the growth is driven by mobile, the volume of users on desktop hasn’t decreased. We’ve launched a number of new categories such as home furnishing and (fine) jewellery where customers want to see the products on a larger screen. Finally, according to our data, women customers, who are a key area of focus for us, in particular, want to have the option of shopping across channels,” said Myntra’s CEO Ananth Narayanan while explaining the trigger behind this change of heart.

Let’s back up a little

A little over three months ago, when Myntra relaunched its mobile site there were speculations that the fashion etailer will ditch its app-only strategy and may re-open desktop site as well.

This speculation was swiftly brushed away by Ambarish Kenghe, Head of Products who had said,

“The re-launch of the mobile site is not a change in our strategy. We continue to be heavily focused on our new app. The mobile site will be functional and the app offers a far superior experience. ”

Now that it is confirmed that Myntra’s desktop will be back again, it is no longer a silly rumour.

There are several reports on IOS about how buyers were unhappy with this sudden app-only transition. From app crashes, technical issues to miffed buyers, Myntra refused to acknowledge that it wasn’t a smart move.

Ad: Multiply your profits on Myntra with Browntape!

The founders with fingers in their ears kept insisting that app-only is not a personal experiment but a well-planned move with better shopping experience for customers in mind.

Nevertheless, the management finally decided to listen what buyers were saying all along – ‘give us the option to choose instead of dictating what’s best for us’.

“We have been humble enough to realise and listen to our customers’ needs and hence, we are relaunching the desktop version on June 1. This will help us bring back customers, help women shop more on different screens and suit our newly launched furnishing and jewellery categories.”

Myntra’s CEO still maintains that mobile shopping experience is much better than desktop experience. But he acknowledges the fact that a section of buyers prefer to shop on desktop site and feel restricted if that option is not available.

Interesting thing to note is that back in December, the etailer had denied the news about re-launching its mobile site. Only to go back on their words in February! They did the same thing concerning desktop site. Denied earlier and now has retraced their steps.

It is now safe to assume that Myntra’s parent company Flipkart will drop the idea of going app-only for good.

Let’s wait for June 1 to see how this new strategic move will change Myntra’s revenue and market leadership position.

In The News Marketplace Watch Myntra Author Shweta Singh Date May 4, 2016
Share On