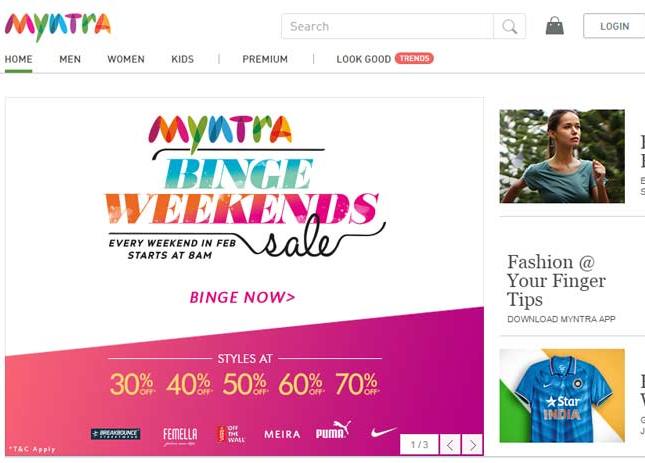 In a surprise (but not wholly unexpected) move, Myntra has reopened its mobile website. The choice to re-establish a website model against an app-only model is a step in the opposite direction for the Flipkart owned apparel marketplace. Flipkart had strongly hinted that it would follow Myntra in shutting down its website, but those plans were shelved.

Swinging back and forth

IOS had reported that Myntra’s mobile site had gone live again. Myntra ran a test drive of the mobile site during a recent sale. In the End of Reason sale, customers could browse on the mobile site. The exercise helped the marketplace recognise the popularity of the site.

Ambarish Kenghe, head of products Myntra says, “During the sale, we got reasonable data that many people were using the mobile site and now, we are reopening it for good.”

Kenghe hastens to add that money is not the motive for this move. “We want to give customers an additional reason to use Myntra. This move will eventually result in more app installs,” he maintains.

Ad: Sell more on Myntra with Browntape. Find out how

‘Focus is still on the app’

Perhaps Myntra believes that it is time to revive its website?

Kenghe fiercely denies this, “The re-launch of the mobile site is not a change in our strategy. We continue to be heavily focused on our new app. The mobile site will be functional and the app offers a far superior experience. We will keep nudging users to the app even on the mobile site. The site will provide more information to customers before they start using the app.”

Much has been said about Myntra when it shut down its website and chose to operate only from its app. The company faced many brickbats (its sales dropped), and some bouquets. The general opinion was unfavourable. While it appears as though the company is experimenting with options that might help, a clear picture will form only over time.

Next Article Why do Accel Partners want to invest more in ecommerce?