And it’s finally happened. Myntra has shut down its desktop site and transitioned into an app-only model, to leverage on the rising smartphone penetration in the Indian market. A user trying to access the Myntra desktop site gets the following: 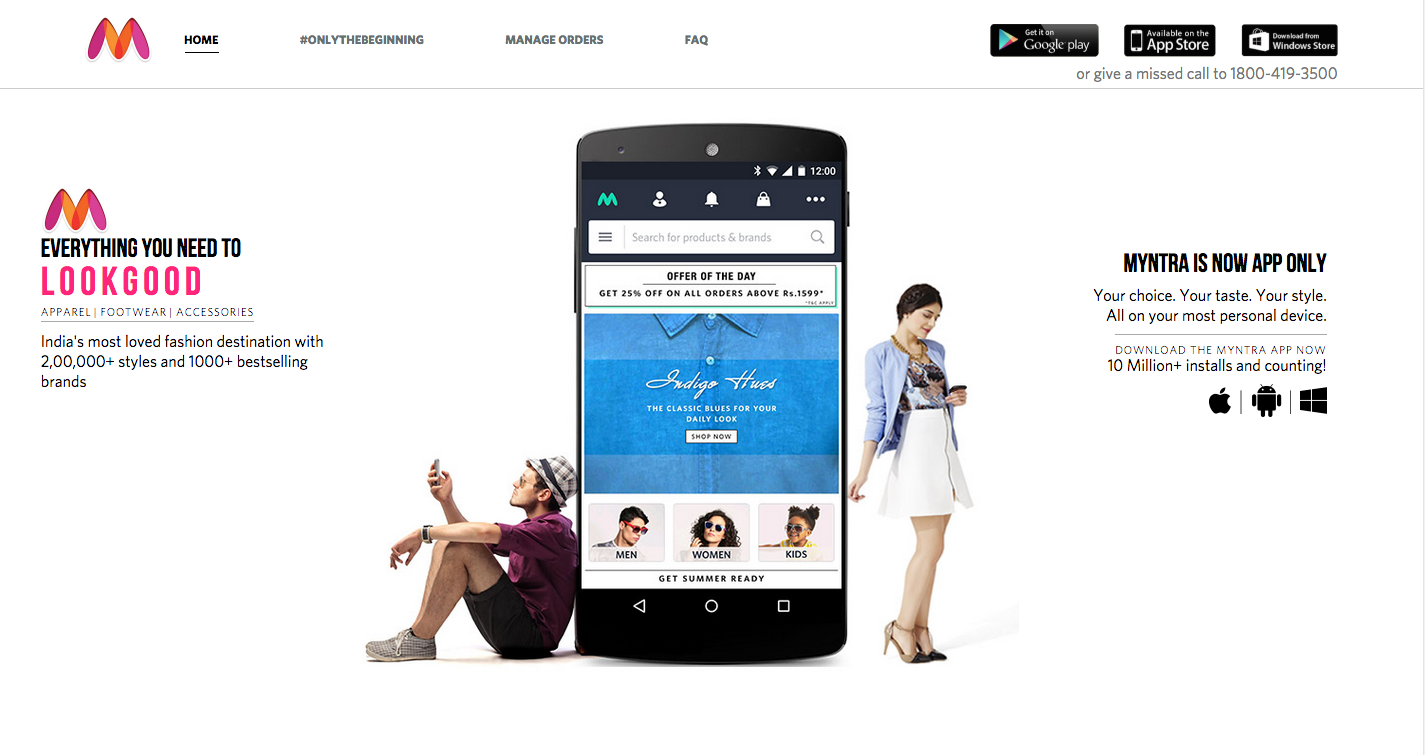 Although initial rounds of speculation indicated the move to happen on May 1st, Myntra confirmed May 15th as the date to customers via email. There was even a rap released, called Myntra App Rap, leaving the question if that’s a sneak peak into Myntra’s future.

Well, we have the answer now. Myntra has indeed made the transition into app-only, mirroring what Myntra’s CEO Mukesh Bansal said, “India is not just a mobile first country, but a mobile only country and every trend we noticed said this.”

On the same topic, rival Jabong has different views. Praveen Sinha, co-founder of Jabong, feels customers should always have the option of choosing between computer and smartphone, and smartphones allow for limited product visibility only.

Who’s view is right, and who’s works better, one can only wait and watch.

Share your thoughts and let us know about Myntra’s step into the future, wise or not?

Previous Article Need a boost in sales? Is your SEO on track?