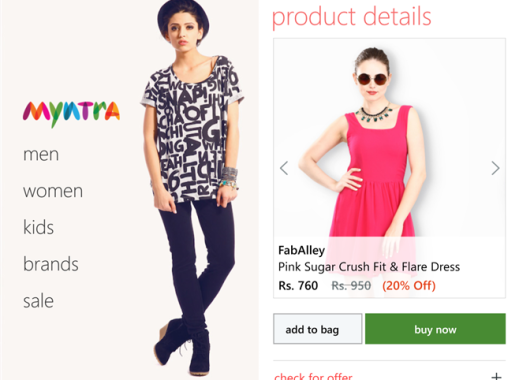 As the year 2014 was coming to an end, we heard about Myntra’s resolution to be mobile-only in 2015. Two weeks back, the ecommerce industry was abuzz with the news that Flipkart and Myntra had shut down their mobile sites to promote their apps. Whether desktop site would be next was a question on our minds then.

And it seems like we were right. Myntra’s desktop website will be shut from May 1st, as it inches closer to being a mobile-app only etailer, the first of its kind in India. The initial plan was to phase out the desktop site later this year.

Why choose app over desktop site?

Myntra is working on its advertising and marketing campaign to announce the app-only presence and shoppers are already being redirected from the mobile websites to apps. Is App-only the right approach?

Both Myntra and Flipkart have been introducing special offers on apps only to encourage more shoppers on their app platforms.

Agreed, customer retention and costs involved may be lesser. But what about the older generation who may be less tech savvy and may not be too comfortable with the idea of using their smartphones for shopping? Isn’t it a risk that Myntra might lose out on these customers?

Next Article Alibaba plans on acquiring e-commerce firms in India