Home  »  Flipkart • In The News • Marketplace Watch  »  Flipkart not going app only in September, but keeps a window open 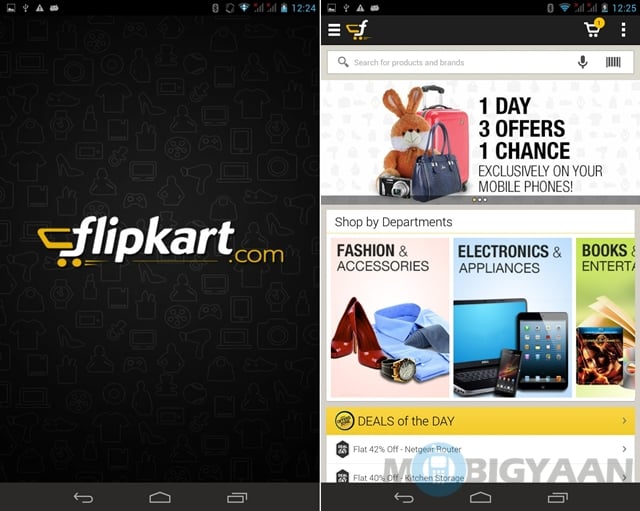 Leading ecommerce site Flipkart will not be going app-only in September. Reports say that the company is contemplating if the move will help the sale of large goods. Apparently, etailers who sell electronics, furniture and the like are not sure if shutting down the website and going app-only will help their cause. A Flipkart insider said on condition of anonymity, “Major sellers who retail white goods, electronics and large appliances are not convinced about the move.”

Post the Myntra takeover, and turning it into an app-only shopping centre, Flipkart had suggested that it would follow suit in a year. IOS reported that Flipkart would be shutting down its website by September. The primary reason for this move was the role smartphones have played. According to Flipkart, their traffic from smartphones has gone up in a very brief span of time. A year ago, only 6% of its customers were shopping with their smartphones, but today, that figure has gone up almost tenfold.

A majority of two-thirds of Flipkart’s customers come from smaller towns and cities, who prefer to shop using their smartphones as against a desktop and broadband, to which most do not have access.

Where things stand as of now

Flipkart is likely to pick up the trail of no website app-only again, but it is in no hurry. A company spokesperson said, “We are constantly experimenting with various aspects of our service to create the best shopping experience for our users on our app. Meanwhile, we continue to offer both desktop as well as mobile option for our customers.” This indicates a possibility, however slim, of the company sticking to its plans of shutting down its website.

Could history repeat itself? IOS took a quick look at how Myntra was faring shortly after it went app only. We discovered that in just a week, the Flipkart subsidiary’s sales had dropped by 10%.

Clearly, the decision to go app-only is not an overnight one, and Flipkart would have done its homework well. However, as of now, the jury is still divided on the choice of app-only and app and website.

Next Article Lenskart inches closer to become the leader of the eyewear industry; to spend Rs 60 crore in setting up a new facility