Home  »  Featured • Flipkart • In The News • Marketplace Watch  »  It’s happening: Flipkart to be app-only from September! 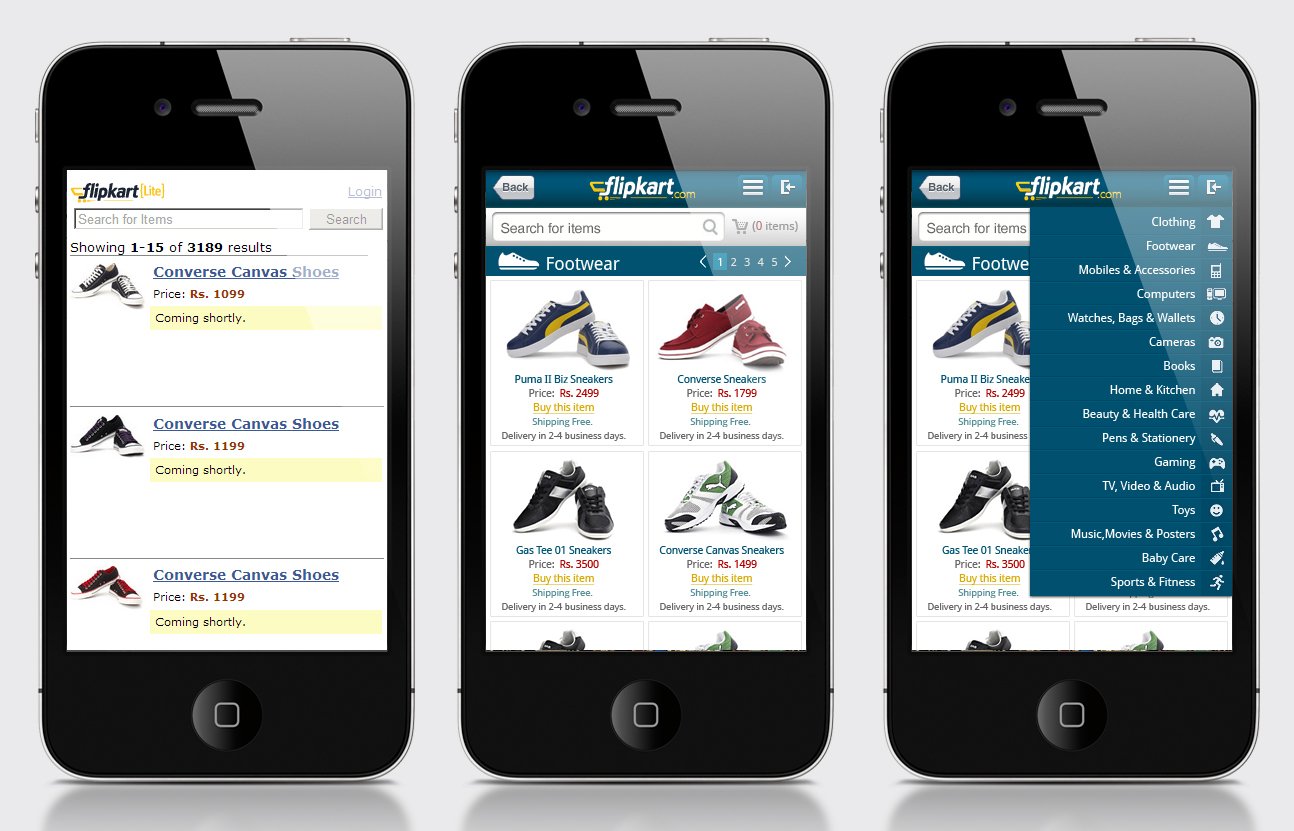 IOS kept you posted about each phase of Myntra’s transition from desktop to app-only platform. We broke the news last December about Myntra’s resolution to go mobile-only in 2015, the false alarm, final leap of faith, drop in sales, technical glitches and customers’ reaction.

Now it’s time to trace Flipkart’s journey towards becoming app-only store. Yes, you heard it right! The biggest ecommerce giant, Flipkart is most likely to shut its desktop site for good by September.

There is no official word on this but sources close to the development have confirmed that the online marketplace will adopt mobile-only strategy in three months. This ETRetail news report states that Flipkart’s Chief Product Officer, Punit Soni informed its employees in a meeting that from September the company will operate only through the app.

Flipkart had made its intentions to focus on mobile platform known by phasing out desktop ads and acquiring mobile centric companies. But it still has managed to surprise everyone since Myntra’s app-only decision didn’t get a good response.

He added, “All of these capabilities are simply not available or easy to implement on landlocked’ desktops. Large platform players will realize the benefits of adopting a less-is-more approach since fewer internal IT systems need to be built, tested, supported and maintained in the future.”

Flipkart shoppers aren’t happy at all with this announcement. Many have commented that if Flipkart turns an exclusive app store, they will stop buying from it and will instead shop from Amazon and Snapdeal. The reasons cited range from bad mobile internet connectivity, small user-interface, inability to read features & reviews properly, discomfort in comparing and opening multiple tabs on phone. Many also pointed out that apps are mere means to collect personal information and buying habits of consumers and make more money by cashing on it. Others expressed concern about this leading to monopoly since only few marketplaces will operate on desktops.

Definitely no! Let’s assume that Myntra is making more profit (although the figures state the opposite) after becoming app-only, which encouraged Flipkart to follow the same model. But let’s not forget that Myntra is a fashion portal whereas Flipkart is a marketplace that sells almost everything. While fashion purchases can be an impulse buy through mobile apps. Home appliances, tech products, electronics, home decor etc that the marketplace sells is always a planned need-based buying where customers compare, research and read a lot before buying. The same is convenient only on a desktop site, not on apps.

Sanjay Swamy, a partner of AngelPrime seed fund firm said, “Typing on a smartphone is sub-optimal. I think some experience would be lost, but e-commerce players believe app-only is the way forward.” This is exactly how etailers like Myntra and Flipkart think, which makes it even more disappointing. How can compromising a customer’s shopping experience and overlooking a sizeable percentage of people who prefer desktop site for reducing cost be a wise move?

Restricting users can never be a good idea. But the jury is still out on this one. We will know for sure when Flipkart takes the leap of faith too like Myntra.

Next Article Fashion & Lifestyle will be top product category in Ecommerce 2020: Google Report