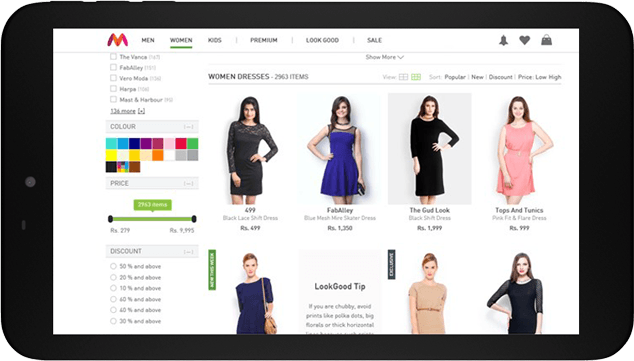 Just this week, we were debating if popular fashion etailer Myntra had done a re-think regarding its app-only strategy, after it was discovered that some features had become live on its mobile website.

The rumours have been put to rest, after we have now heard it straight from the horse’s mouth. Myntra’s CEO Ananth Narayanan has come out to categorically state that the company is not relaunching its mobile website.

“We are not introducing a mobile site. We have a new version of our app, in which you can share stuff and for that we need web pages. So that’s why this mobile website has been constructed, to make things available for people to share on phones,” said Narayanan.

App on the right track

Narayanan brushed aside numerous headlines that Myntra was losing traffic and dropping in sales since taking the app-only route on that auspicious day in May, as mere speculation. He has also come out with some enlightening insights to set the record straight.

“In October we registered a growth of 70 per cent year-on-year, in November it has gone over 70 per cent. Today, we have 7.6 million monthly active users and 15 million downloads and it has gone up quite dramatically. Myntra is in a very good position right now, more than 80 per cent of our business is repeat business. All that has been reported so far is speculative but our numbers prove that we are doing quite well,” enlightened Narayanan.

It is also understood that Myntra has partnered with Google to promote its app through enhanced search engine optimization. The company also plans to strategically move away from heavy discounts, as it plans to achieve profitability in the next 18 months.

Next Article Flipkart crosses $1 billion in sales, a year ahead of schedule