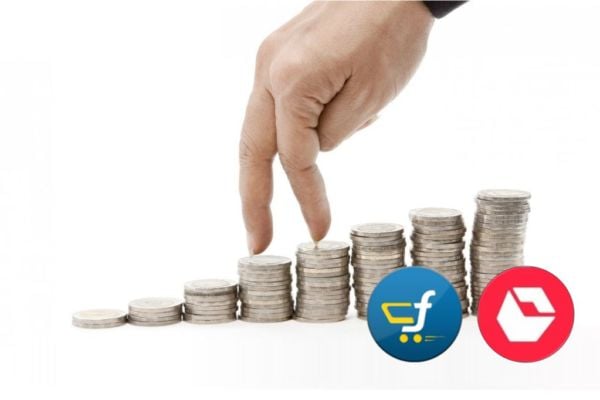 Just when things were looking up for homegrown online marketplaces Flipkart and Snapdeal, devaluation strikes!

Online marketplace Snapdeal renewed its brand and Flipkart had the best sales this festive season. But tragedy has struck again with the markdown of both marketplaces by their investors.

On Monday, Softbank disclosed that it has knocked down the valuation of its investment in 2 of its ecommerce investments – Snapdeal and Ola.

The investor registered losses of $555 million by 30th September from financial instruments. The loss accounted in the first quarter was due to a decline in fair value of investments in Snapdeal and the other ecommerce company due to the appreciation of the Yen against the Rupee. So, the losses Softbank incurred doubled in the last quarter.

We know the why, but the how much was not disclosed by the investor.

SoftBank owns a minor yet significant stake in Snapdeal. The firm invested –

At the start of the year, it was reportedly valued at $6.5 billion. The platform’s collective investment from its 2 dozen investors comes up to around $1.65 billion.

Flipkart devalued by Fidelity and Valic

So far Flipkart has experienced 8 markdowns. Its last big markdown was when Morgan Stanley devalued it for the third time this year. The mutual funds investor reduced the etelier’s valuation to $9 billion after reducing its valuation by 4.1%.

The latest devaluation was by two American mutual funds Fidelity Rutland Trust II and Valic Co. Both of these have devalued the Indian online marketplace for the second time this year. As per US Securities and Exchange Commission’s (SEC) filings, Valic marked down Flipkart by 11.3% and Fidelity did so by 3.2%.

These latest markdowns could ruin Flipkart’s plans to reach its $1 billion investment goals from foreign investors Walmart and CPPIB. A prior investment Flipkart-Walmart deal could have failed on account of inconsistent financial reports. The addition of low investor confidence only makes the etailer look worse in the eyes of its potential investors