Flipkart devalued a 3rd time by Morgan Stanley; How significant is it this time? 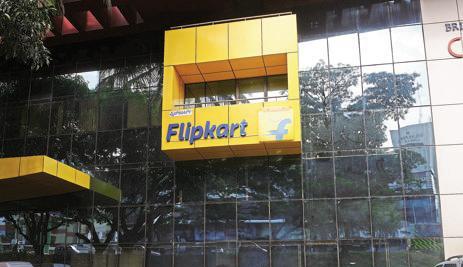 It’s been six months since Morgan Stanley devalued Flipkart for the first time this year. In February, Morgan Stanley brought down the value of the marketplace to $11 billion from $15.2 billion. The ecommerce company was devalued a second time in May, by Morgan Stanley. $9.4 billion was the new reduced valuation.

The latest mark down by Morgan Stanley wasn’t as drastic as the company’s valuation is now at $9 billion. The mutual fund investor valued its Flipkart shares at $84.3 each, that was on 30th June. From the preceding quarter, this amount was 4% lower, as per a filing with the US Securities and Exchange Commission.

Is the mark down a new trend?

Other mutual fund investors have also marked down Flipkart this year. The reason could be a result of the etailer’s decelerating sales growth, say reports.

IOS recently covered Flipkart’s spending habits and how it could be running out of funds. According to the article, the etailer’s spending habits cost about $80 million a month. 700 of its employees were given the boot this month and many believe it is the result of fund crunches.

Flipkart is yet to reach its goals of profitability. In fact, the marketplace continues to come up with new courses of action to boost profits but none have shown promise as yet.

Could this be why the investor is pulling out it funds?

According to the Flipkart CEO Binny Bansal, these markdowns are a global phenomenon and are specific to Flipkart. He also claims that the ecommerce firm has sufficient money and is in no hurry to acquire fresh funds.