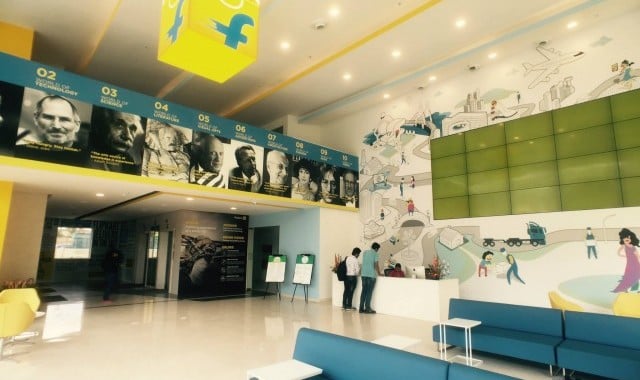 Morgan Stanley has put the value of each Flipkart share at $103.97 per share, down from $142 per share in the previous year. Thanks to this move, Flipkart’s total valuation now stands at $11 billion. The company was earlier claiming to be valued at $ 15.2 billion.

‘An accident waiting to happen’

According to Haresh Chawla, a partner at venture capital company India Value Fund, the devaluation was bound to happen because of inflated valuation.

He says, “That these valuations were hyperinflated was known and it was a matter of time before reality struck.”

Mohandas Pai, who was a part of Infosys, and is currently juggling multiple roles including chairman of Aarin Capital Partners, concurs with this view.

His thoughts are grim, “These downgrades will happen in e-commerce till there is proper business model. The euphoria of fundraising at high valuations have to come to some reality and the current model of business is unviable because of the discount led model and high returns.”

Debabarat Mishra, director at Hay Group says that there could be three reasons for Morgan Stanley’s move:

In its report, Morgan Stanley states, “The e-commerce market was dominated by the three large general merchandise companies in 2015, with a combined GMV market share of 83 per cent. Snapdeal, Amazon and Paytm have all raised their competitive intensity to close the gap with Flipkart.”

Surprisingly, the company had stated in a report that the combined GMV of the three leading ecommerce companies (Snapdeal, Amazon, and Flipkart) is higher than the ten leading offline retailers.

Morgan Stanley however, maintains that while the three companies have more business than offline retailers, they face stiff competition from niche players online.

‘Not putting up a fight’

Haresh Chawla feels that Flipkart is not fighting hard enough for its turf. He says, “Flipkart is an A-class act, but somehow seems to have wandered off the path over the last couple of years and has yielded market share to Amazon without putting up a major fight.” Chawla also points out that funding is now going to be a problem, “the issue is whether venture capitalists have the appetite and patience or will these companies have to go hunting for capital elsewhere.”