Flipkart online shoppers’ favourite; Investors’ not so much 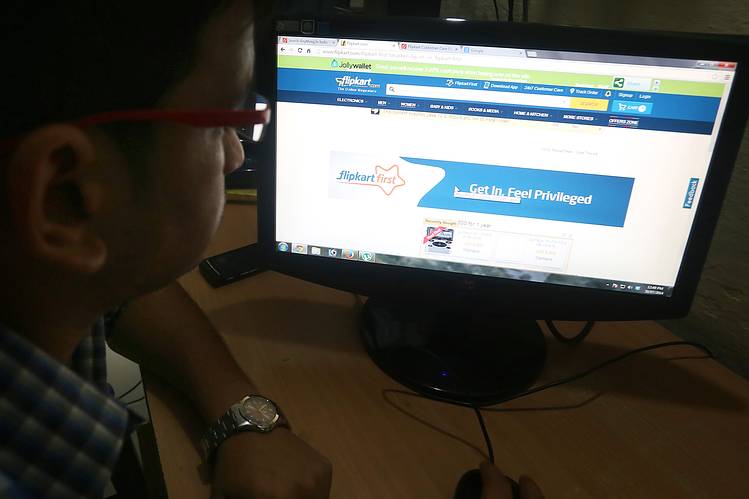 For a bootstrapped start-up, customers are far more important than investors. However for a big ecommerce firm like Flipkart, which is already struggling, buyers and investors both are equally important.

While the Indian etailer has managed to become online shoppers’ favourite, investors are fast losing faith in Flipkart.

The etailer ranks No. 1 on E-tailing Leadership Index (ELI) for the January-March quarter, according to research and consulting firm RedSeer.

The survey also revealed that Amazon is the leader in web and app experience, Snapdeal has the fastest delivery time, Paytm has strongest NPS in tier 2 cities and Shopclues offers best value for money.

Sachin and Binny Bansal’s company has been devalued for the sixth time this year. After Morgan Stanley (twice), Fidelity Rutland Square Trust II, Valic Co 1, and T. Rowe Price, investment firm Vanguard Group too has marked down the company by nearly 25%.

While Binny Bansal said people shouldn’t read much into the recent markdowns, we wonder if days of high valuations are over for the Indian etailer.

Cost-cutting measures are being implemented

With investors marking down their stake in Flipkart coupled with struggle to raise funds, the marketplace left is with no option but to experiment with several cost-cutting techniques.

One of them is passing on the burden to sellers by increasing commission, which has backfired badly. Other steps include merging departments, freeze hiring and centralizing procurement process.

Company insiders have revealed that Flipkart’s logistics arm (Ekart), advertising division, and ecommerce unit will get merged. Product categories such as large & small appliances, furniture & home decor, and kitchen will be clubbed into one category under ‘Home’. It will be managed by common sales & marketing team instead of setting up multiple teams for each sub-category.

But will merging departments help? Ecommerce transaction volume on popular marketplaces is already very high. So downsizing teams and increasing pressure on handful of employees, may bring down the quality of service.

Flipkart ranks high on overall shopping experience as per RedSeer’s survey. Won’t the ranking go down if along with cost-cutting, the service quality drops too?