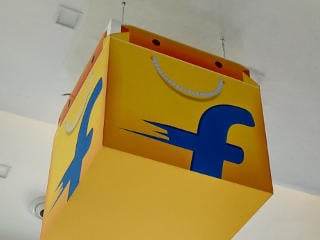 Flipkart has run into rough weather. While many ecommerce startups are struggling currently, the Indian etailer in particular is surrounded by mostly bad news nowadays.

Can it get worse than that? Probably yes! Word is out that Flipkart is going to shut down its chat tool Ping. The user-to-user social network, which was launched in August 2015, will now take shape of user-to-seller chat service.

“Flipkart will be pivoting its user to user chat- Ping by launching the pilot for ‘user to seller chat’ and ‘user to customer care’ chat. This new feature will help users to chat with the sellers about their product related queries, prior to even buying the final product. The pilot which started with a limited set of sellers initially, will be expanded to more sellers in the due course of the project,” revealed a Flipkart representative.

In December, Flipkart had claimed that their sales have increased due to Ping. Then what happened in the last 6 months that it is shutting down the service for buyers?

Industry watchers believe that shaky top management is one of the major reasons why the etailer is increasingly losing ground to rival Amazon. From Mukesh Bansal, Punit Soni, to Ankit Nagori, Flipkart has lost many top officials in quick succession.

To regain lost ground, the etailer has rehired ex-CFO Kalyan Krishnamurthy as Business Head. He has being handed the toughest task – to revive Flipkart’s dwindling sales.

“Kalyan’s charter will be to get growth back. Right now, that is the biggest priority for Flipkart. He knows the business inside out and has a great rapport with Binny. But the trouble is that he doesn’t have a lot of time to improve things. Amazon is breathing down Flipkart’s neck. And unlike the last time Kalyan was here, Flipkart is a much bigger organization and slower to adapt. Besides, most of the old-timers with whom Kalyan had worked with earlier have now left. So, this time, it’s going to be much tougher than last time,” an insider revealed.

As we can see, the damage control has started in form of renewed business model, reappointing former employees, and bringing structure to the unstructured seller base. But is it too late? How will the Flipkart compete with Amazon, which is growing year-by-year?