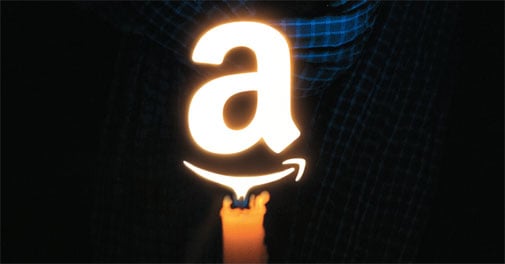 Jeff Bezos has proved yet again how serious the American etailer is about its Indian arm. The founder and CEO of Amazon announced his plans to invest additional $3 billion into its India business at a meeting with Prime Minister Narendra Modi in Washington earlier this week.

“We have already created some 45,000 jobs in India and continue to see huge potential in the Indian economy. Our Amazon.in team is surpassing even our most ambitious planned milestones.”

While many are amazed, that the marketplace not only exhausted the previous $2 billion within 2 years but has also managed to grab $3 billion more, the CEO declared,

“I can assure you it’s only the beginning and as we say in Amazon, it’s only day one.”

It can only mean that more moolah is coming Amazon India’s way.

The etailer hasn’t shared where the funds will be channeled to. But reports suggest that the funds would help the government’s Digital India campaign and empower ecommerce startups by encouraging innovation and digital entrepreneurship. A Web Services Cloud Region, largest software engineering & development centre, more distribution centres and employment opportunities are on the cards.

“The added investment reflects the success to-date of Amazon in India, as well as a bright outlook for the e-commerce market in the region. It’s really down to a two or maybe three-horse race, and Amazon clearly would like to be the winner,” said Colin Sebastian, Analyst – Robert W. Baird & Co.

Money isn’t everything but to get things done in the ecommerce industry companies need funds. While Amazon seems to have a lot of money, Flipkart and Snapdeal are going through a funding crunch.

Reluctant investors are not the only issue. Flipkart’s current woes include fuming sellers, devaluations, traders’ body and DIPP rules. No wonder Amazon is getting ahead in the ecommerce race.

How will the homegrown etailers Snapdeal and Flipkart come out of this? And how far can Amazon go?

Previous Article Can Myntra be the Facebook of fashion ecommerce?

Next Article Has online shopping lost its charm for buyers?