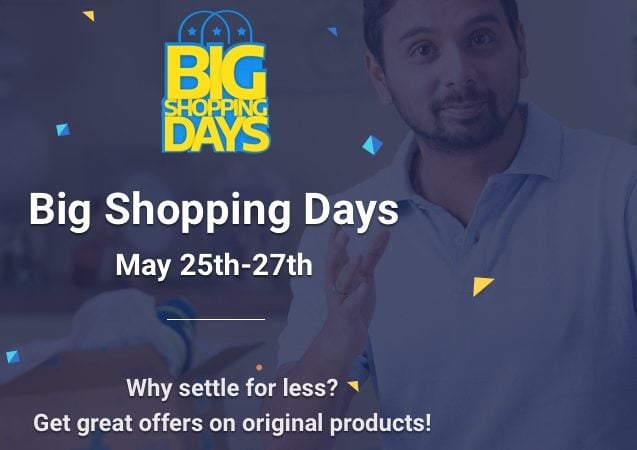 Flipkart is quietly running its latest sale. Titled ‘Big Shopping Days’, the leading ecommerce behemoth has chosen not to advertise the sale much, which is possibly why none of the leading dailies have ‘sale’ splashed distractively all over their front page. This is the first sale since the DIPP announced its new rules, and the sale offers discounts of up to 50% across products.

The boisterous promotions of the past sales are conspicuous by their absence. It appears to be a combination of the new rules, and the rapidly receding funds and dropping valuation.

The DIPP declared in March 2016 that marketplaces would not be allowed to influence sellers to cut prices. Ramesh Abhishek, DIPP secretary, warned etailers of severe consequences if they flouted the rule,

“If you violate the conditions, you run the risk of falling foul of the law. We will take care of how to deal with it.”

The Confederation of All-India Traders (CAIT) has constantly kept a beady eye on online retailers, and rues the loss of livelihood for physical retailers due to the online onslaught. The CAIT recently called a newspaper ad to the notice of the DIPP. The Flipkart ad apparently announced a discount on a product alongside its original price.

Recently the All India Online Vendors Association (AIOVA) took to Twitter to point out that Paytm was giving cash backs. The AIOVA questioned the DIPP whether this was not a violation of the law. The DIPP’s response did not quite clarify if Paytm was violating the law or not.

Similarly, the Retailers Association of India (RAI) has accused leading marketplaces including Flipkart, Amazon and Snapdeal of breaking the ‘no-interference in selling price’ rule. The RAI CEO, Kumar Rajagopalan says,

“You cannot call yourself a marketplace to qualify for 100% FDI and then indulge in retail business. Some action has to be taken in this matter.”

It seems as though the physical retailers are piling up their grievances against ecommerce players and letting it all out at once, thanks to the new rule. The government appears to be overwhelmed by the complaints directed to it (also somewhat unsure of the loopholes as well?).

However, until some water flows under the bridge, it will be a war of cat and mouse between the retailers and etailers.