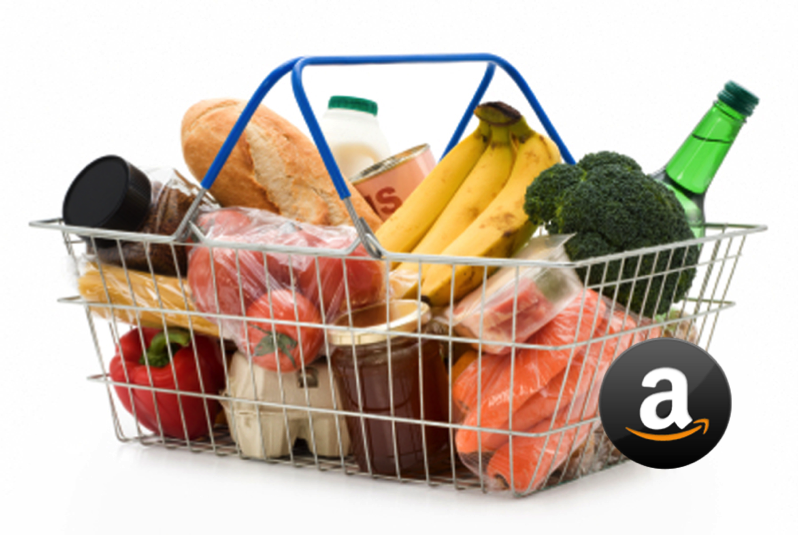 Amazon has designed an ambitious food retail plan to capture India’s online grocery market. In February 2017, IOS reported that Amazon India has reached out to the government to get necessary permission and clear all possible hindrances.

The US-based ecommerce giant was seeking permission to invest Rs. 3, 500 crore in its grocery arm, which would sell third-party as well as own private label food products. Amazon needed consent to sell “food products (produced or manufactured in India) to customers at any location through any channel, offline or online, including ecommerce, across India,” as per the proposal sent to the government body.

Good news is that the Department of Industrial Policy and Promotion (DIPP) has green-lighted Amazon’s food retail venture.

A senior representative from DIPP confirmed,

“We have cleared their proposal from our end. Since it is under the approval route the matter has to get a nod from finance now.”

Amazon’s plan has been redirected to the Department of Economic Affairs and approval of the finance minister is pending. Once the proposal is sanctioned, the online marketplace would be able to start working on its private food brands.

Government approved 100% FDI in online grocery in June 2016, which served as a great encouragement to those operating in (or interested in) this ecommerce category. Flipkart too is preparing for its re-entry in the e-grocery segment.

As of now, Big Basket is the leader of the online grocery segment in India. In selected metro cities, Grofers is doing well too. But with Amazon’s entry in a big way, things might change. The ecommerce biggie has a pantry section and sells groceries even now. However, the introduction of its own private brands has the potential to change the leadership board.

Not just grocery, Amazon’s CEO Jeff Bezos has eyes set on the entire Indian ecommerce industry across all verticals. While talking about Amazon India’s growth, he recently disclosed that more investments are on the cards, as far as the India business in concerned.

“We’re grateful that customers are responding — Amazon.in is the most visited and the fastest growing marketplace in India. It’s still Day 1 for ecommerce in India, and I assure you that we’ll keep investing in technology and infrastructure, while working hard to invent on behalf of our customers and small and medium businesses in India.”

With talks of Flipkart, eBay, and Snapdeal coming together to overthrow Amazon, we wondered what the US-based etailer thinks about all these developments. Bezos above-mentioned statement appears to be a strong message directed towards their rivals and detractors. The CEO made it clear that the neither the investments, nor their interest in the Indian ecommerce industry is going to diminish, irrespective of who merges with whom.

For now it’s all words, be it from Flipkart or Amazon’s end. Let’s see if the actions match.