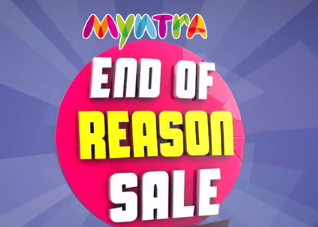 Leading fashion portal Myntra is planning to wind up 2016 and enter 2017 in style. The company is holding its End of Reason Sale (EORS) from January 3 to January 5, 2017. EORS is to be its major sale after the November demonetisation. Says CEO AnanthNarayanan,

“It would be the largest fashion sale post demonetisation. We expect to register twice the sales of our last EORS event held in July 2016.”

Myntra is also looking at leveraging technology to geotag the warehouses of its brands. This way shoppers can look for the availability of the stock in the warehouse closest to their location and purchase accordingly. This will help speed up the delivery.

“Assume a brand has 200 stores and 20 warehouses, and now, apart from what I sell regularly on Myntra, all other inventories are available to the 18 million active users at Myntra and Jabong,” explains Narayanan.

The company has been taking practical and serious steps to reducing expenditure (minimising product returns and letting go of non-performing brands) and move closer towards profitability over the past few months.

Myntra reached the following milestones and achievements in 2016:

IOS hopes that Myntra is able to achieve its wish of $ 1 billion GMV by 2017!