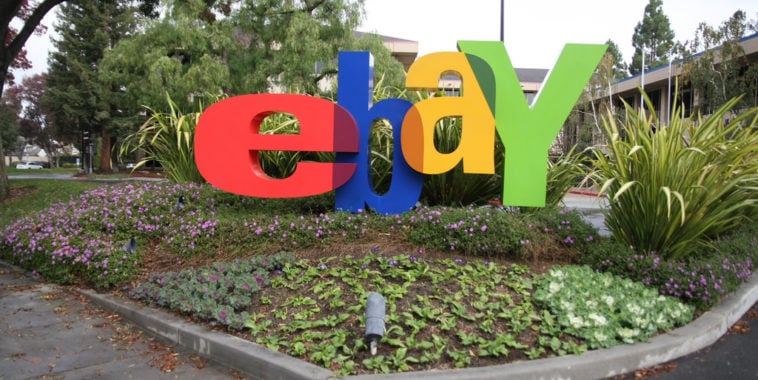 July 2017 has been a month of transition – from pre to post GST era – for Indian online sellers. For the most part, the GST rollout has been smooth, according to vendors.

Although, it hasn’t been smooth for all; in particular for some eBay sellers. Indian Online Seller (IOS) received an SOS message from eBay sellers about their unpaid seller remittances. According to a seller, the online marketplace hasn’t paid him for the last four remittance cycles and their seller support team hasn’t been unable to provide any valid answer.

Payments are on hold for KYC verification and GSTIN

Indian sellers have had their share of problems with eBay. But if there’s one thing that eBay was seldom accused of then that’s payment hassles.

Sellers say that eBay’s payments have always been on time.

“I haven’t faced payment issues with eBay ever. Their system seems to be automated and payments are released time to time…For the time I have sold on eBay the only reason payment is blocked is when your KYC is incomplete,” says seller Sanchit Goyal.

So IOS asked a dozen sellers then why some merchants are complaining about not being paid for over a month? A majority of them said that the payment has been withheld for GST registration. The moment the seller’s KYC verification and GSTIN process is completed, the payment would be released.

“They (eBay) kept payments on hold for KYC verification and GSTIN. For me they took 2 weeks and then they released all my dues,” says seller Rajshekar G while speaking to IOS.

Rajshekar submitted his documents somewhere around second week of June. He says that the only reason eBay put his remittance on hold for two weeks was ‘change of address’ when he updated GST. Because of this, KYC verification was required. He also added that he has witnessed increase in sales on eBay post GST.

Why GSTIN is required for orders fulfilled before June 30th, ask sellers

In its notice to sellers, eBay clearly mentioned:

Few sellers informed IOS that even those who stopped selling on eBay before 30th June are being asked to provide GSTIN and KYC documents in order to get their remittances. It is contradictory to what eBay said above.

One such seller that IOS spoke to says he stopped selling on eBay from 12th June 2017, therefore doesn’t need to furnish GSTIN.  But eBay is not clearing his dues.

Another seller ABC (name withheld on request) stopped selling on eBay on 15th June. He assumed that his payment would be cleared by 30th June as per the usual payment cycle but eBay wrongfully blocked his payment on 26th June. These are just two of the many who are waiting for their remittances.

Important to protect liabilities that arise from buyer claims for a product sold by a seller pre/post GST, says eBay

When IOS asked eBay about the blocked remittances as alleged by sellers, the company’s official spokesperson replied,

“eBay has never ever held payments of any sellers. Claims by made any seller for non-remittance as per prescribed eBay India processes is false and damaging.”

“In preparation for GST, timely communications were sent to sellers to update their KYC and submit GST details. All sellers who have complied with laid down government guidelines on GST are in receipt of their remittances from eBay India.”

IOS then asked eBay that are sellers required to update their KYC and submit GST details for remittance, irrespective of pre and post GST payment cycle.

To this, the company spokesperson replied,

“As an open marketplace, it is important to protect liabilities that arise from buyer claims for a product sold by a seller pre/post GST, which the seller may/may not honor to refund/replace. Therefore it is mandatory for sellers to comply with laid down government guidelines.”

It is against RBI guidelines to withheld payments, says sellers’ lobby group

IOS reached out to sellers’ union All India Online Vendors Association (AIOVA) to understand who is right in this eBay VS seller standoff.

“Sellers are right. As per RBI rules, marketplace need to keep money in escrow and remit in T+2 (settlement cycle). Sellers are justified for not giving GST for their internal reason. If eBay wanted to withhold money then they had to inform the same at least 60 days in advance.”

eBay, what about the blocked remittances of sellers that have completed KYC/GSTIN registration?

The online marketplace has not only blocked payments of sellers who haven’t updated their GSTIN/KYC, but also of those who submitted all the documents well within the deadline.

The seller support team assures sellers that the KYC verification process would get completed in 24 or 48 hours and soon after, the payment would be released. But these 48 hours have now turned into 21 days with no payment in sight for some sellers!

“I started selling on ebay from February 2016 and the payments were prompt until it merged with Flipkart/GST issue. The problem was when sellers were asked to update GST number. Even after updating the details and giving them the necessary documents they haven’t activated the Paisapay remittance. The seller support team hasn’t even gotten back to me regarding this issue. It has been exactly 3 weeks since I received any payments and around 3 lakhs worth of COD payment and 1 lakh prepaid payment is pending. Seller support team have no clue about this since this is investigated by KYC team,” says seller Jagadish Kumar.

After KYC was verified, Kumar received a partial of COD payment but not all.

Sellers attribute this delay to eBay’s irresponsible, uncaring and lethargic attitude towards vendors.

“Had updated GSTIN on 20th June, since then they are asking KYC. Already updated and submitted KYC docs twice, that too more than 10 days back but no revert. Called seller support 3-4 times, every time they say, KYC docs will be approved in 24-48 hrs but they never get approved. Planning to stop selling on eBay, until remittance start being released,” states seller Mit Kotak.

IOS asked Mit about how was the pre to post GST transition on other online marketplaces compared to eBay, in terms of ease of process, time taken and assistance offered.

eBay, what about dues that are pending from a year and a half?

The above-mentioned sellers are the ones with unpaid remittances due to eBay’s slow GST/KYC process and lethargic attitude in general. But there are sellers who haven’t been paid for over 1 year.

Seller Nitin Gautam has been waiting for his pending remittances amounting to Rs. 24,500 approximately since December 2015. Yes, from 1.5 years!

“It’s been 1.5 years that ebay.in has not paid any remittance to me. My account is active and healthy. All orders were processed successfully. They are irresponsible and they don’t care whether the seller is paid off or not. I have mailed/called them 100 times but they don’t have any answer… The reason that they always give me is that they don’t have any idea about this. They always say the remittance team is not releasing my money due to some reason they don’t know why? I think it’s the lack of responsibility,” says Nitin while speaking to IOS.

IOS has reviewed email exchanges between the seller and eBay that confirms that the seller has repeatedly asked for an update about his pending remittances. He updated his KYC documents as well. The last time Nitin asked eBay to clear the remittances was August 2016. But the etailer is yet to release the seller’s payments in spite of assuring “you will receive the payment with the next remittance processing.”

Seller Abdul Kadir Natali is also troubled by the delay in verification of KYC, eBay’s laziness and account managers’ lack of enthusiasm.

eBay is still a relevant online marketplace for sellers because its commission rate is the lowest amongst all the major ecommerce players like Amazon, Snapdeal and Flipkart. But the etailer’s lackadaisical approach is testing vendors’ patience.

Online sellers, how is eBay treating you? Is your remittance stuck as well? Please leave your comments below.