Home  »  Featured • Interviews  »  [Seller Interview] “Shopclues removed all the tickets related to this issue,” says Kapil; Is the etailer hiding something? 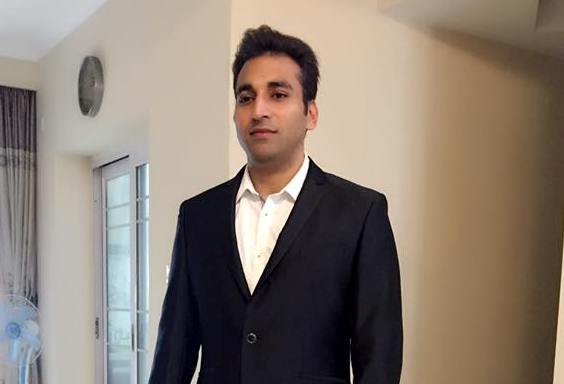 Withheld payment is a common trend with online marketplaces these days. Askme’s  sinking business has made sellers cautious. Many have called out ecommerce platforms like Indofash and IndiaRush for pending payments. Indianroots is allegedly holding off payments to both sellers and buyers. Voonik’s trouble with Surat sellers and Snapdeal’s rejection of valid seller claims have gotten these two big etailers on the list of payment defaulters as well.

Online sellers Kapil Soni informs Indian Online Seller (IOS) that Shopclues also fits the bill and should be added the list of payment defaulters. The cellular and electronics vendor signed up to Shopclues with the intention of making money not having it taken away.

Kapil says, “My conclusion of Shopclues is that it is an unprofessional company where the wrong people are sitting in crucial positions.”

Why does the seller think so poorly of the online marketplace? We dug deeper to understand his problems and uncovered a can of worms.

IOS: What drew you to online retail? What was your experience like?

In October 2014, my existing business was not performing well. So, I decided to try a new venture in online selling via ecommerce sites available and operational in India. I was aware of eBay.com as I had purchased a lot through it. So, I decided to sell electronic products on eBay.in.

Its platform was and is still very straightforward and professional. Their back office is good, accurate and bug-free. Till today, I am a merchant on eBay.in and I sell electronic products there without any problem. But, it’s very sad to say that major ecommerce platforms like Flipkart, Shopclues and Snapdeal are nowhere close to it.

IOS:What kind of products do you sell online?

My products are related to the cellular industry like mobile phones for masses and various sensors required by engineering students for their project purposes.

I have an office in Shenzhen China where there are major factories producing these sensors. I thought that it would be good for students if these were widely available to them (right here in India).

I sell the iPhone 4 on Shopclues and sales of this product through Shopclues caused me all kinds of trouble.

IOS: When did you join Shopclues? What was it like selling on the platform?

I joined Shopclues in the year 2015, during the month of October. I wanted more customers, therefore, I thought it was a good to try other platforms. My idea was multiple platforms would lead to more visibility with more sales.

IOS: What were the main pain points that reduced your faith in the etailer further?

Unfortunately, (it appears that) this company is going through scarcity of employees and one person is handling several merchants which is leading to a chaotic situation.

The category manager of mobile- refurbished misled me in a very bad way causing me a loss of lakhs. This category manager, for the past 1 year till date still assumes that the total number of COD orders returned are within 30% of industrial standards ( I don’t know where he got used to the term Industrial Standard, it is still a suspense). I had shared with him a graph along with the facts that COD return rates were 60% and above.

I still wondered, when I first met him in his Delhi office, how he was so sure that on Shopclues a merchant can knock 1000 units of sales a month. I had imported 954 units and it’s been a year these items are not sold till date.

This company had launched many flop programs like a recent one called Advisor Guru. I have never seen any company personnel who instead of helping sellers actually destroys their business and gets their account suspended. The most shameful part is when I shared evidence with his seniors via email and with him in CC, he acted like a ghostly shadow not uttering a single word or accepting his mistakes.

They very well know their system has bugs and to safeguard this information, when they reactivated (one of) my account(s) a few days back, they removed all the support tickets I raised (related to above-mentioned concerns).

I dropped several emails to their team approximately 2-3 days back but they are speechless about the grave mistakes they had done.

IOS: When did your payment issues with Shopclues begin? How much does the etailer owe you?

I had shipped an order and the wrong OSLA charges were added, which were Rs.1.4 lakh initially and now the balance is Rs. 26,000 (that is still due).

Moreover, last April’s payment of Rs 44,000 was on hold for more than 45 days and when I protested on social media they released the payment just about a week back. However, their date of this remittance is showing April 7th whereas I got payment in mid-May and they are not willing to change this information.

Also, they removed all the tickets related to this issue where I raised claims about the OSLA charges, order disappearance and manipulated payout history.

I have two accounts on Shopclues one for Kolkata and another for Delhi. The Delhi account is still suspended. If I email their team they say that my account was activated in the month of April.

Why my (Delhi) account was suspended (in the first place) is still a mystery. I have about 4 handset payments worth Rs.35,000 is still due. These same 4 handsets were wrongly shipped by Shopclues to locations other than my office address. And, their customers received satisfactory refunds.

IOS: How did you communicate with Shopclues about the issues with their support?

I communicated with a lot of people whom I know via emails when my concern went over deaf ears. Then I posted the issue on Twitter and from there the Shopclues team acknowledged me and wanted to know about the problem.

After they got stock of my problem they stated my account would be reactivated. But, then even after a month of suspension they still claim my account was reactivated on the 12th of April. By this you can understand the efficiency of their team and reliability their responses.

IOS: What about the payment delays, what was the reason behind this?

My payment was delayed because of account suspension which was due to the higher number of order cancellation done by me. This is according to them.

Even after I clarified and they confirmed that my account would be reactivated. Yet, it took more than one month to remit my money that is still unanswered.

My OSLA money which they wrongly charged was worth Rs.1.4 lakh and they remitted most of it except the Rs.26,000 balance. The Rs.1.4 lakh was due for the past 7-10 months.

They were showing a manipulated remittance date for the payment which I didn’t get. In the image check the red marking which denoted dates and keywords to the problem. Note*– In the above image Kapil has included an email from Shopclues, where it has stated that his account suspension was an automated bulk process which doesn’t check the whole scenario, whether (the) merchant is at fault or not, as it is a bulk process…

My electronic commodity sales on Shopclues are not very good. My online retail sales had gone down with demonetisation and after we stopped COD orders. But, my basic sales figures in a month were approximately Rs.18-20 lakh. Now, they have come down to Rs.6-7 lakh a month.

The problem with Shopclues is, each and every step related to their system of online selling, (i.e from communicating deals with account managers to receiving orders, packing products, processing, pickups, delivery, payment and RTO), is inefficient.

IOS: What kind of action have you taken against Shopclues so far?

So far, I had to send emails every day, sometimes even threaten them (Shopclues) with legal action when I felt frustrated. My option of taking legal action against them is still open. But, I plan to wait for another month to see if my pending matters get resolved by them.

IOS: Will you leave this portal due to your disappointing experience?

No. I want these ecommerce companies to be more accountable and teach them a lesson to stop playing with people’s livelihoods.

IOS: What advice do you have for other sellers on Shopclues?

My message to other sellers is: –

Kapil feels manipulated and cheated by Shopclues. Its inefficiency has forced him to believe the etailer lacks the proper tools and skill to assist sellers to business online. Are you also in the same boat as him? Has Shopclues manipulated your account details or withheld your dues? Let us know in the comments section below.