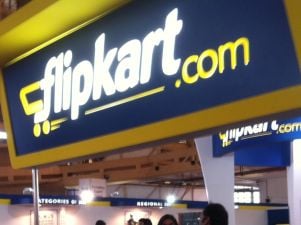 Ecommerce leader Flipkart helped eBay to revive its India business by acquiring it in April 2017. Snapdeal is hoping for the same as it is running out of cash and time. But sellers are a worried lot these days with the news of Flipkart, eBay and Snapdeal merger.

Why, you ask? Because the already crowded online marketplace is going to get even more crowded.  The combined seller base of the three major online marketplaces would make it difficult for vendors to grab customers’ attention.

Sellers’ some of the major concerns are:

“All the hard work was lost as we became part of a bigger marketplace. On Exclusively.in we were able to operate our way, while on Snapdeal we were lost. Snapdeal killed our brand,” shared a seller Aaviriti Jain while talking about her selling experience on Exclusively, pre and post merger with Snapdeal.

No escape from marketplace-owned sellers

In spite of the many problems, vendors still preferred eBay and Snapdeal because they are pure marketplaces. On the other hand, Flipkart and Amazon have their own seller entities that account for nearly 70-80% sales on both the platforms.

With Flipkart acquiring eBay and possibly Snapdeal, sellers would miss the presence of pure online marketplaces. Along with competing with lakhs of third-party sellers, they would also have to compete with Flipkart’s own sellers.

“With fewer players, we will have to fight with more sellers for visibility. Earlier, we had a choice, now that seems to be shrinking to just three or four companies,” said seller Sandeep Kohli.

From 6 major players (Flipkart, Amazon, Snapdeal, eBay, Shopclues, Paytm), sellers would be left with only 3. Technology, logistics and infrastructure might improve due to this consolidation of three major players. But the cons outweigh the pros, as far as online sellers are concerned.

One would think that Flipkart’s days of devaluations are over.  Especially after the ecommerce biggie grabbed a whopping Rs. 9000 crore from its investors along with eBay India. But it isn’t.

Two investors, Fidelity Investments and Valic have marked down Flipkart’s shares, according to the recent (February) regulatory filing with the US Securities and Exchange Commission (SEC).

Fidelity devalued Flipkart’s shares by 3%; from $52.12 per share to $50.51. Valic brought it down from $95.84 per share to $94.27. The devaluations are marginal but it still suggests that not all investors believe Flipkart’s projected valuation.

Would Flipkart be marked up or down after acquiring Snapdeal? How would sellers handle their business post-merger integration? Online sellers, let us know.