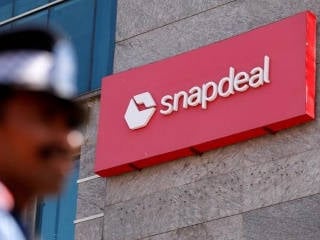 Time is running out for home-grown etailer Snapdeal as it waits for the investors to finalize the sale deal. First it seemed that the marketplace is in an enviable position since two big players Flipkart and Paytm are in the running to buy it.

But it turns out, if the contract isn’t sealed soon enough, Snapdeal would find it very difficult to survive. According to reports, the company is running out of cash and is scraping the bottom of the funds barrel.

“A deal has to be closed soon, one way or the other. The company doesn’t have much cash left. It can run operations for another 3-4 months but after that it’s tough to see how it’ll survive.”

Cost-cutting can buy only 3 months

Snapdeal went on a cost-saving mode late last year. The company splurged on a rebranding project ahead of the festive shopping season in September 2016. But after the festive sales wrapped up, Snapdeal started focusing on reserving cash.

“Snapdeal has been able to improve its monthly Ebitda (earnings before interest, tax, depreciation and amortization) by nearly 80% over the last 18 months as per the guidance of the Board to drive towards profitability.”

Yet, all this would leave enough cash to last only for 3-4 months. Therefore, Snapdeal is in dire need of funds, which would flow in only after the acquisition papers are signed.

Nexus Venture is the roadblock?

It is common knowledge that Snapdeal’s largest investor Softbank is orchestrating the merger deal with Flipkart. And that early-stage investors Kalaari Capital and Nexus Venture weren’t happy with the earlier deal.

But after reworking on the terms and conditions, Kalaari gave its nod. Now approval of Nexus is pending, which might be the reason why the merger arrangement is yet to be finalized. Would the investor agree before Snapdeal runs out of money?

Fashion etailer Jabong too was in a similar position last year, until Flipkart-owned Myntra bought it. Interestingly, Snapdeal was keen on acquiring Jabong. How the tables have turned!