Home  »  In The News  »  Will a Flipkart-Snapdeal merger soon be reality, courtesy Softbank? 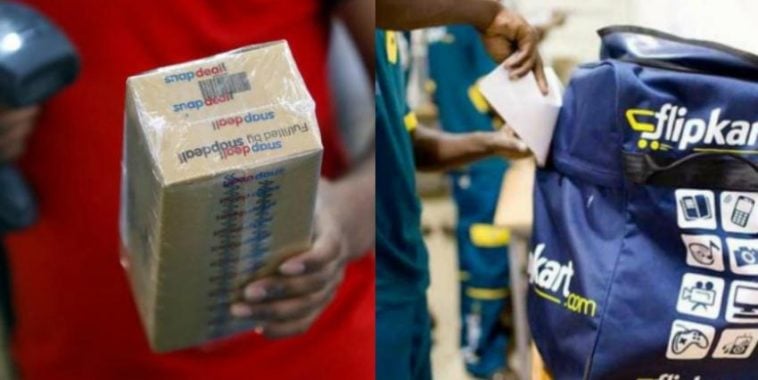 One of the biggest merger & acquisitions in the Indian ecommerce industry is on the horizon, if news reports are to be believed. Market is rife with speculation that Japanese MNC Softbank Corp. has its eye set on a merger between Snapdeal and Flipkart.

It is common knowledge that Snapdeal is extremely cash-strapped at the moment. From withholding sellers’ payments to downsizing staff, the etailer has been desperately trying to stay afloat. The firm also slashed its valuation ahead of the funding round with Softbank.

The buzz about Snapdeal holding sale talks with rivals Flipkart and Paytm is not new. Back then, Snapdeal denied any such sale talks. But sources close to the development have confirmed that Snapdeal’s main investor Softbank is spearheading the Snapdeal-Flipkart merger deal.

“SoftBank and Flipkart have agreed on the broad contours of the deal. If these terms stay on track, it’s likely that the talks will culminate into a definitive transaction by late April,” revealed an undisclosed source.

Well, the above statement just made the speculations about the merger more real, right?

Two of the financial details of the deal are that – Softbank would invest up to $1.5 billion in Snapdeal and Tiger Global would let go of its 10% stake in Flipkart.

Why is it a big deal?

Flipkart recently secured $1 billion from its investors after hunting for funds for a very long time. In spite of that, the home-grown etailer is going through a hard time just like Snapdeal.

But the fact remains that Flipkart and Snapdeal are two of the top three Indian ecommerce players. Third one is Amazon India.

If Flipkart and Snapdeal join hands then it would be next to impossible for Amazon to win the ecommerce race and become the leader. Flipkart already has Myntra and Jabong in its kitty. The etailer is also trying to acquire eBay India. Snapdeal has Freecharge and Flipkart has Ekart. Logistics, digital payments, fashion arms, advertising units, you name it and the Flipkart-Snapdeal combo has it.

Softbank, Tiger Global and eBay together could potentially harm Amazon and Alibaba’s India innings. So if the merger indeed happens, then the Indian ecommerce map would change drastically!

Is Paytm in the running as well?

According to some people, yes. Softbank has shared the deal’s terms and conditions with Paytm as well. What remains to be seen is if Flipkart would win the merger deal or Alibaba-backed Paytm.

Next Article 7 ways to prevent product launch failure in ecommerce