Flipkart’s wishes come true with $1bn funding in its pockets 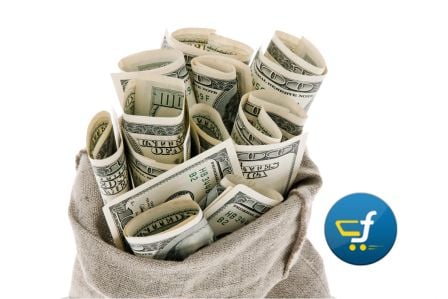 With devaluations always bringing it down, Flipkart finally has some good valuation news. The online marketplace has managed to acquire $1 billion during a mega round of fundraising.  This put the company’s valuation at $10 billion, stated a report.

Its current valuation may be far from its previous $15.5 billion in 2015, but the company is looking to raise the exact amount again in a couple of month’s time. Flipkart began cutting costs before this down round and had its sight set on $1 billion funding last month.

The main investors in the latest round of funding included eBay(as reported), Microsoft and Tencent Holdings.

When asked about the investment, Flipkart’s spokesperson did not disclose any details saying, “As a company policy, we do not comment on market speculations.”

Flipkart received its first round of institutional funding from Accel India and Tiger Global Management. It obtained $1 million and $10 million from these venture capital firms respectively.

The company obtained $20 million in funding from Tiger Global Management in two years and Flipkart was valued at $1 billion.

In 2012, the company obtained $150 million from Naspers and in the next year $200 from existing investors and $160 million from Morgan Stanley, Sofina, Vulcan Capital and Dragoneer

The company’s valuation reached $15 billion after the acquisition of Myntra in 2014 and it announced its achievement of $1 billion funding from GIC Singapore and existing investors.

2016 was a troublesome year for the Indian online marketplace. Its 2 top level executives exited the company, major organizational restructuring took place and markdowns rained on its parade. Mutual fund headed by Morgan Stanley valued Flipkart at $5.57 billion in September 2016 and Fidelity Investments decreased the etailer’s investment value by 36% to $5.56 billion. T Rowe Price also decreased the company’s value by 15%.

With its valuation troubles lightened, Flipkart still has the challenge of competition to tackle. Besides Amazon, the etailer may also have to deal with Paytm, which is making its way into the big leagues of online selling with investment power form Alibaba. Flipkart’s sales during FY16-17 did grow by 40%, but with ecommerce being a fickle business, online retail platforms need to keep improving.