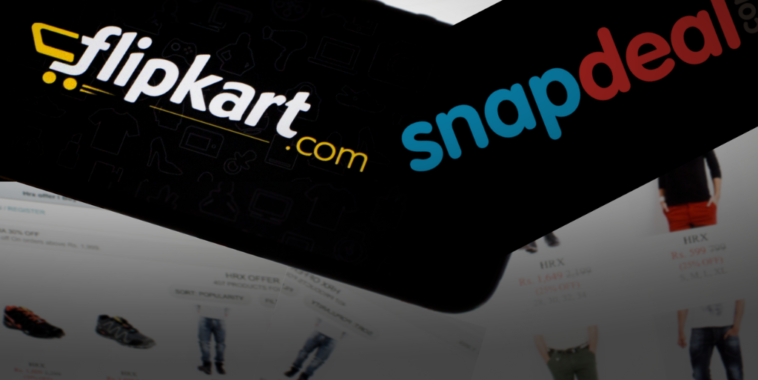 One of the biggest roadblocks to Snapdeal’s sale was the reluctant early-backers Kalaari Capital and Nexus Venture. Both had their own valid reasons. But this made things difficult for Snapdeal’s largest investor Softbank that has been trying to script a profitable exit plan.

“After sustained discussions, they (Kalaari Capital) are now on board… There is an understanding that they will work with SoftBank down the line.”

With Kalaari on its side, Softbank now needs Nexus’ approval as well.

One investor down, one more to go

Softbank’s persuasion skills worked on one of the early-stage investors Kalaari. But Nexus is yet to concede. People close to the development say that the other investor would also come on-board in the next few weeks.

Once both the investors are in sync with Softbank’s plan, Snapdeal and Flipkart merger would become a reality. This would be one of the biggest acquisitions that the Indian ecommerce industry has ever witnessed.

Co-founders Kunal Bahl and Rohit Bansal’s affirmation is also pending. Bahl and Bansal are not only negotiating for their stake but also for their employees. Buzz is that they both would receive $25 million each for their stake.

When the news about Snapdeal sale got out, the founders wrote to their employees,

“While our investors are driving the discussions around the way forward, I am reaching out to let you know that the well-being of the entire team is mine and Rohit’s top and only priority. We will do all that we can, and more, in working with our investors to ensure that there is no disruption in employment and that there are positive professional as well as financial outcomes for the team as the way forward becomes clear.”

FreeCharge is up for sale too?

One big question which is on everyone’s mind is – would FreeCharge merge with Flipkart as well? Is it part of the Snapdeal sale or a separate bid would have to be placed to buy the payments’ arm of the marketplace?

Turns out, FreeCharge has multiple suitors waiting in the line. Its sale would be a separate deal and is being valued at $40 million-$75 million.

Apart from Flipkart, Alibaba-backed Paytm too has made an offer to buy FreeCharge. In fact, Vijay Shekhar Sharma’s company is first in the line; the Bansals come second. Mobikwik, PayPal and PayU are other interested parties.

“There is an offer, but it could take a few months for any deal to close,” disclosed an insider.

While the investors are busy drafting terms and conditions for Snapdeal M&A, the online marketplace is busy trimming down its expenses & operations. The Gurgaon-based company has decreased its office space by 60% and is shifting to one tower instead of two.

A source close to this development shared,

“As you may be aware we are consolidating our offices across Gurgaon. We will vacate Centre B on April 30, 2017. Essentially there will be one tower in all compared to two each in two compounds.”

The company has also moved out from its co-working space in Mumbai.

“The company does not want to operate out of the co-working space in Andheri anymore and has already moved it. Its sales team was working out of Awfis, a co-working company in Mumbai,” revealed a person aware of the details.

IOS had earlier reported how Snapdeal’s cost-cutting strategies are affecting sellers as well.