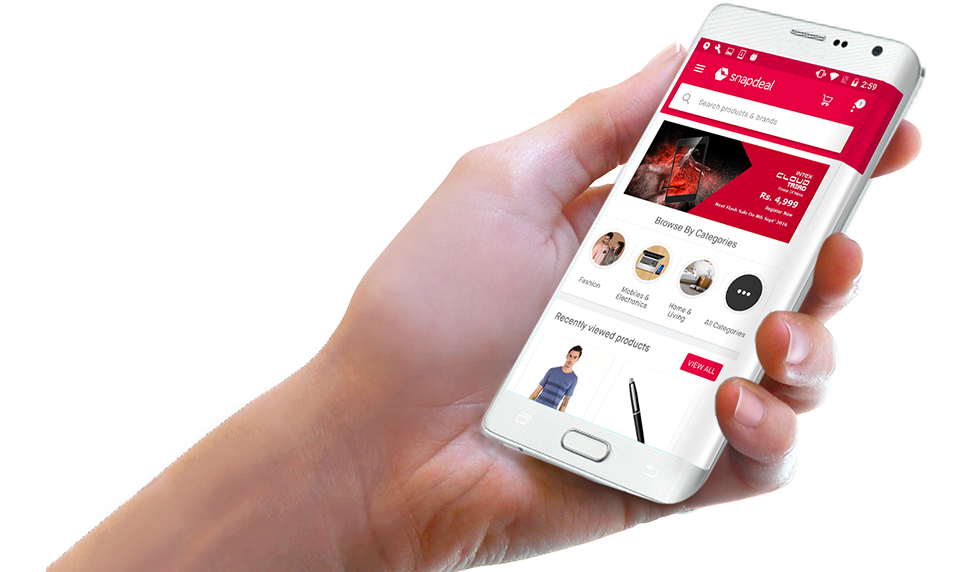 In February 2017, Snapdeal fired 600 of its employees as part of the company’s cost-cutting strategy. After being in denial for a really long time, the founders wrote a letter to their employees explaining how downsizing staff is part of their profitability plan.

Here’s an excerpt from Kunal Bahl and Rohit Bansal’s letter to their employees,

“As part of our overall path to profitability plan that is currently in full swing, we will be reorganizing the company into a lean, focused, and entrepreneurial one. We are combining teams, reducing layers, eliminating non-core projects and strengthening the focus on profitable growth. Sadly, we will also be saying really painful goodbyes to some of our colleagues in this process.”

The need for cuts

Insiders say that Snapdeal has or is planning to fire 2,300 of its staff-members in batches, which accounts to nearly 30% of its staff.

Out of the three big ecommerce players, Snapdeal is the one that has gone through the most ups and downs. More downs then ups. And this time is no different. Flipkart and Amazon too have had its share of struggles but nothing compared to Snapdeal

In their letter, the founders admitted that Snapdeal has been going through a tough time and that critical mistakes were made during execution of their plans. They got carried away with the money coming in and diversified before figuring out the right business model.

Now they want to focus only on core areas and want to get rid of all non-core elements. Be it non-core business units or people. So besides firing 30% of its employees, Snapdeal also put a lid on its affiliate campaigns and Shopo in February.

The cost of the cuts

Obviously, the people who were asked to leave are unhappy. But why are sellers are unhappy? Because a considerable portion of the people fired and services discontinued were part of Snapdeal’s seller support service.

A Snapdeal seller ABC (name withheld on request) shares with Indian Online Seller (IOS) that due to cash-crunch Snapdeal has stopped its seller support helpline number and also its seller app is not functioning well from the past 1 month.

“From last month Snapdeal seller app is not working. Before Snapdeal seller app used to be best among all other marketplaces. But now we are not getting notifications of orders, returns, and payments and unable to upload manifests which only Snapdeal follows. They used to fix bugs within 24 hours before but for them now the app is a extra burden to spent money on,” says ABC. “I have raised around 5 queries but still they don’t act. I think this is because of lack of funds. They have also discontinued their seller support helpline from 20th march to cut costs. As seller app is an important thing while doing business online, even we cannot update inventory on the app. If anything gets sold on Flipkart or Amazon and we have to stock out the inventory on Snapdeal, we are forced to update inventory on their website.”

IOS reached out to Snapdeal and asked if and why seller app and helpline are part of Snapdeal’s cost-cutting strategies. The company’s spokesperson circled around the fact that the app is working fine and that all app bugs and issues brought to their notice are resolved at the earliest. As Snapdeal didn’t address any of the specific issues raised by IOS, we informed the spokesperson that a Snapdeal executive instructed the seller ABC to use web-only seller’s panel instead of the app (as per the communication shared by the seller and reviewed by IOS).

We received no reply to the above query. But seller ABC informs that after IOS got in touch with Snapdeal and raised the issues, the etailer at least fixed the app. He says,

“This is to confirm that finally Snapdeal seller app has started working from today evening after 1 month. Thanks (IOS) for raising this issue with Snapdeal.”

More reasons for sellers to be unsatisfied with Snapdeal’s service

Cutting down expenses and slicing down non-productive things are part of any evolving business. There’s nothing wrong in correcting mistakes and making things right. But even experts say that ‘don’t cut morale when cutting costs’.

In this case, ‘don’t sacrifice quality service when cutting costs’ is more appropriate. Could we imagine Snapdeal shutting down customer support helpline number? Or not fixing the shopping app’s bugs? No, we can’t see that happening ever. But the quality of seller support service is going down and the services are being shut.

Vendors have been unhappy with Snapdeal even before the firm went into budget control mode. Go through the long list of issues that sellers on the online marketplace are facing. Withholding seller payments is also one of them. So the new issues are only making it harder for sellers to trust Snapdeal.

“They have also changed our account manager and whole Mumbai team is laid off and office is closed. Now we are introduced new account manager from Gurgaon and he is hardly reachable… They used to charge surface logistics costs before which were low and affordable and now they have discontinued surface model and charges on heavy weighted products are almost doubled,” tells seller ABC.

How has it affected sellers’ business?

In spite of the many issues, sellers liked Snapdeal because it followed a pure marketplace model unlike the two – Flipkart and Amazon. While the two biggies have their own set of sellers, Snapdeal offered a level-playing field to SMEs.

But the many unethical practices and unresponsiveness coupled with cost-cutting techniques of Snapdeal is creating an untrustworthy environment.

“We used to do more than 6 lakh monthly business on Snapdeal. But from last month when Snapdeal discontinued all promotions and discounts which they were funding on our products, sales have dropped below 1.5 lakh. We get hardly 1-2 orders now. It’s very sad to know Snapdeal won’t last long. We are emotionally attached to Snapdeal as they made our growth and we rose from a small retailer to full time online seller. They haven’t broken any rules like Flipkart and Amazon doing with their big sellers (Cloudtail and WS Retail). Snapdeal is still a pure marketplace model,” states ABC.

“According to me there are some very basic yet important issues which are real concern to a seller & despite sharing feedbacks a billion times in last 2 years I have realized that they just go un-heard at top level. I personally feel Snapdeal would have been in a much better position & stayed for a longer run if they would have been not biased & partial in their policies.”

Snapdeal’s co-founder Kunal Bahl has agreed to clear sellers’ doubts and issues. But would it happen? Would the etailer agree that seller support services are not non-productive things? Would sellers stick with Snapdeal in spite of the increasing pile of issues?