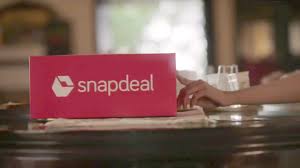 After changing its appearance, Snapdeal is now planning on modifying its operational structure. Hinting at the possibility of private labels, CEO Kunal Bahl said,

“We will not limit ourselves to selling other people’s products only,” he said, “If you are selling brands at a loss, why sell in the first place?”

Bahl is keeping the cards close to his chest. When asked directly if the company planned to introduce its own label, he did not confirm it. He did say that Snapdeal will be spending $ 100 million in the next year on its fashion retailing, with the focus on technology and logistics.

Fund raising and cost cutting to be the focus

The company has been concentrating on maximising its profits through a combination of moves including:

The recent scrapping of 500 and 1,000 notes has affected the company’s CoD business, admitted Bahl. He said,

However, in the long term, this would assist more pre-paid orders, he said.

Snapdeal is the most visible ecommerce brand, says a recent study by Broadcast Audience Research Council (BARC) India. With all the steps it is taking towards a better future, it is bound to pay off.