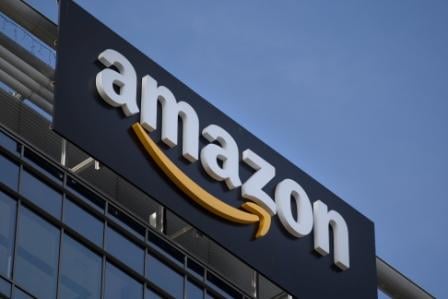 Demonetisation struck everyone by surprise. Online sellers took a hard hit as most Indian online shoppers prefer the cash mode of payment. With insufficient cash to shop online, orders were cancelled and sales slowed down drastically. The ecommerce industry saw a 30% drop in sales and many marketplaces showed signs of discomfort due to the cash shortage situation.

International online retail giant Amazon faced the impact of the note ban but said it was only short term and it has recovered with a triple digit growth rate. However, post demonetisation, the etailer’s losses kept mounting due to lower consumer spending. In fact, it has gotten to a point where the marketplace reduced the number of its premium ‘Platinum Sellers’ of mobile sellers. The sale of mobile phones is still the highest in the electronics category at Amazon, 70% to be exact.

To meet the festive season demand, in October, the mobile phone Platinum Seller program inflated with 13 online sellers. The platform now has only four Platinum Sellers for this category as a result of a 60% dip in the purchase of mobile phones post demonetisation, a source with information on Amazon’s Platinum Seller Policy revealed. To reduce its cash burn further, Amazon diminished discounts by 6-10%, the source mentioned.

Amazon’s Platinum Seller program comprises of sellers picked by Amazon based on their sales, return rates, product quality, service speed and ratings in comparison to others. Those chosen receive benefits like weekly payouts, higher visibility in searches, the option to create a custom Amazon storefront and more.

Is Amazon making a good decision?

Since the fall in the sale of mobile phones on account of demonetisation, the chief analyst at Greyhound Research, Sanchit Vir Gogia said, “Such changes in seller policies are market-infected changes that work well for both the marketplace — as it can’t commit to volume sales — and the sellers, as it will reduce the burden of holding unsold inventory.”

It was a good decision, the co-founder and CEO of GrowthEnable, Rajeev Banduni said, to reduce the Platinum Sellers for a better chance at reducing losses. There’s also the fact that 80% of sales come from only 30% of Amazon sellers.

Does competition also have a role in this change?

Initially, all sellers were equal on Amazon. With the introduction of the Platinum feature, it’s mostly the big sellers who enjoy special policies honoured for periods up to 6 months. These are now being changed by the etailer due to pressure by competition.

According to Amazon director and general manager, Gopal Pillai, “Our seller policies largely continue to remain the same. These are focussed on making sellers successful and always adhere to maintaining a high bar of shopping experience for our customers.”

He further stated, “All sellers on Amazon have access to various fulfilment services, such as FBA (Fulfillment by Amazon), EasyShip, etc; and they choose offerings that best address their business needs.”

By the end of 2016, Amazon’s international losses reached $487 million from $108 million in the previous year. A major portion of these losses can be traced back to India, analysts claim. In the year end this March 31, Amazon is expected to make losses valued at $1 billion. All because of its attempts to overthrow Indian rival Flipkart from its top position. But in spite of the losses it keeps making here, Amazon still continues to invest in its Indian online retail.