Home  »  In The News  »  Demonetisation affects ecommerce industry with 30% drop in sales; sellers have a solution? 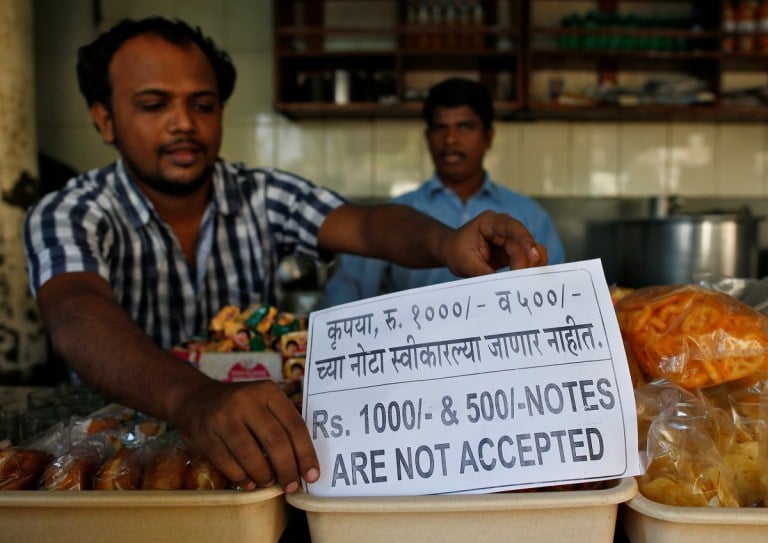 Every major reform causes inconvenience. And the massive demonetisation drive started by the Indian government by abolishing Rs. 500 and Rs. 1000 notes overnight is causing inconvenience to a lot of people, including the ecommerce industry.

Even after the service is resumed, and alternate digital payment methods are being made available to customers, the business is still slow as people want to preserve their cash for emergencies and basic needs.

According to research and consulting firm RedSeer, ecommerce sales have slumped by 30%.

“November is going to be a slump even if COD is fully reintroduced next week. While we estimate e-commerce will lose 6-10% of its estimated orders, the loss of gross merchandise value will be lower since cash orders are usually of lower value,” said Anil Kumar, CEO at RedSeer Consulting.

Following a record-breaking festive season sales in October, the November figures aren’t going to be very high for ecommerce leaders Flipkart, Amazon, Snapdeal, Shopclues and others. Snapdeal’s co-founder Kunal Bahl recently admitted that cash-on-delivery business has been hit due to demonetisation.

As per KPMG, 60 lakh orders are stuck in the middle of this currency crunch. The ecommerce logistics & supply chain is also affected due to lack of cash.

“The drop in business across the board is real. While we are supportive of (demonetisation), the move is painful for us in the short term. It will take 45-60 days to stabilise,” stated Shopclues’ CEO Sanjay Sethi.

Online sellers’ lobby group All India Online Vendors Association (AIOVA) informs IOS that there’s 80% drop in total orders and it will continue until the currency situation normalizes as people will not use new notes due to scarcity. Vendors believe that the ecommerce industry is facing issues in spite of having technological and logistic infrastructure to take care of current situation.

The association has reached out to Saurabh Garg, Joint Secretary (Currency & Investement), Department of Economic Affairs, Ministry of Finance. In its email to Garg, the group wrote, “Our industry is dying a slow death. It doesn’t have the buffer to survive for 10-15 days at a stretch. Please keep in mind more than 2 million families who are dependent on this industry for their livelihood. Crash of this industry will also lead to crash of logistic companies and trouble for India Post.”

AIOVA has proposed a solution to bring some temporary relief.

“We have made a technological platform which is linked to Aadhar and ecommerce marketplaces, which can be used to authenticate transactions of COD. If government notifies that such authenticated transactions are allowed for use of old currency, it can help saving our industry, help government in phasing put old notes without using much physical infrastructure or providing new notes, provide real time data to agencies,” reveals AIOVA’s spokesperson to IOS.

When asked how the proposed system will work, the spokesperson shares,

“If customer selects COD as mode of payment. Then he will be taken to a secure portal, where he shall enter his aadhar number. Aadhar system will send an OTP to the customer which will be required to authenticate the transaction. The order would be confirmed only when the OTP is correct.”

Next Article Snapdeal revises Cost Per Click rate card; Have you adjusted your bid prices yet?