The impact of demonetisation on the average Indian online seller 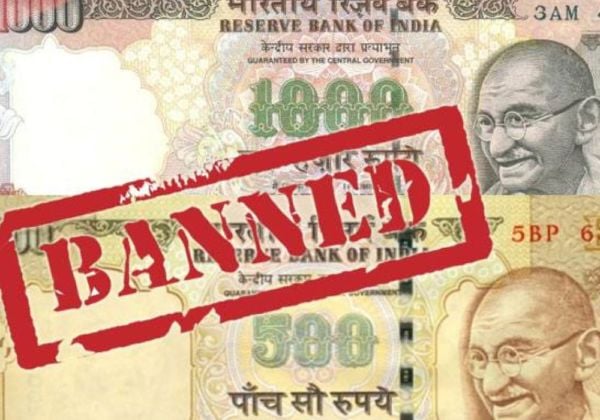 The demonetisation calamity has struck many in the online retail segment. This is an industry that thrives on cash on delivery orders. So, the ban on Rs.500 and Rs.1000 notes was a blow to both big and small business.

The three main problem areas the cash clean-up has caused are:

To determine the gravity of the situation the average online seller is currently going through, IOS got in touch with a few. Here are three perspectives on the impact of demonetisation in Indian online retail.

Hitesh Jain an online seller, has six years of experience in the sale of home furnishing and healthcare online. Based on the category he sells under he claims that he has not been affected by demonetisation.

“I had no reaction. It is a very good decision taken,” he says.

In fact, the seller feels that this decision is beneficial to his online business.

Hitesh states, “We did not face any issues because of demonetisation. On the contrary, due to demonetisation the COD and fake orders have stopped. We saw very little effects of demonetisation on our sales the first week after it was announced. The decline in our sales was at least 15% during that week. But afterwards things stabilised for us. Now, we get orders in the prepaid mode which is much better.”

Hardware, home and garden products online seller Raman Singal claims he was not affected by demonetisation massively. The etailer sells under the brand Jaghan Hardware and has 2 years of experience in online selling.

“Initially, I thought demonetisation would be tough to handle. The first two weeks were difficult. Our sales were affected by 50%. But, now the situation is improving,” Raman says.

Another seller who wished to remain anonymous informed us that he did have a couple of cancelled orders however the impact was largely positive.

Initially, the seller was concerned about transport payment and petty cash expenses that might cause business disruptions. But there were no concerns regarding online business.

“Our sales compared to previous periods have gone up to the tune of 18%-20%. All our transport loader expenses and other petty payments have been digitised. So, we do not have issues in running our operations,” the seller says.

According to Sukhad online clothing seller Shashank Sapra, the effects of demonetisation have not been as drastic for online sellers as they have been for offline sellers.

“My initial reaction to demonetisation was that all COD orders would come back to us undelivered, which did happen. But, prepaid orders were the silver lining in this darkness,” Shashank says.

COD orders and returns are not in the seller’s hands, they are mere spectators he informs us. One can only expect all present orders to be prepaid. However, that too is out of the seller’s control. Each COD order received after the 8th of November, is under constant doubt whether it will be successfully transacted or returned.

Shashank further mentions, “50% of our business was affected mostly because of the large number of COD returns (including enroute packets). Also, we have no confirmation of this, but it does appear that consumers have deliberately retuned COD orders received on 8th November (when demonetisation was announced). This may have been done so they could get back some cash by returning our products that are priced below Rs.500.”

Mayur Motwani has been on the online retail scene for one and a half years. He sells mobile accessories under the brand Red Knight and demonetisation is affecting his flow of business.

“We witnessed the effects of demonetisation on 9th November, in the morning, when we saw a dip in the number of orders processed. The biggest issue was the fall in number of COD orders. And, since people don’t have the cash for the orders out for delivery, we faced RTO charges from marketplaces, like Snapdeal,” the seller explains.

Mayur believes demonetisation will work in the benefit of online sellers in the long run. This is because prepaid orders would increase and the return rate for these orders is very low. At the same time, the seller informs us that he and his colleagues are bracing themselves for a sharp dip in sales in the short term.

He says, “Mobile accessories are not necessities as such and after demonetisation people are focusing on spending only on necessities and essential items. The dip in the sales is as much as 55% – 70%. However, our sales are currently on the upward trend recovering from the dip that took place and majority of the sale has now shifted to Paytm from Snapdeal due to Paytm’s cashback and prepaid payments nature.”

Another online seller we connected with, told us his COD returns have gone up by three times the regular amount with the commencement of demonetisation. Asad Virani of eShop 24×7, a multi-category online seller, informed us that his main business lies in products worth less the Rs.500. So, he and his colleagues feel the pinch more than others when sales drop!

“When we heard the announcement about the ban on Rs.500 and Rs.1000 notes, we knew sales would drop. What we did not expect was that in-transit sales would be affected. Demonetisation is a very bold step taken by the Prime Minister, however, the Indian ecommerce is not ready for it,” says Asad.

In comparison to last month and the same month last year, Asad’s business saw only 25% sales this time. At the start of December, there was a miniscule spike in COD orders for the online seller. This could have been because people were able to exchange their old currency for new notes.

When we asked the sellers about marketplace attempts to help sellers cope with the demonetisation, we received the following responses in addition to their inputs on what should be done.

The online seller claims that:

Online seller Shashank claims that he has noticed efforts on Snapdeal’s part to lighten the seller’s burden, however, expectations are not met by others. He says: 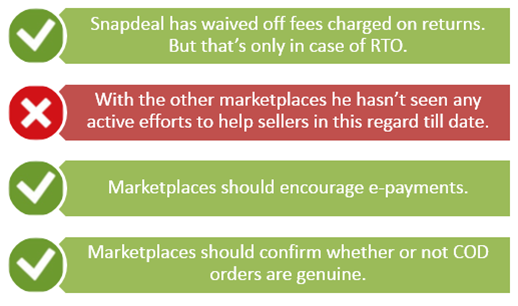 Raman also says there is no support from his online marketplaces with regards to the effects of demonetisation. He mentions that:

Here, the seller reveals that if marketplaces follow these steps the demonetisation blow would be softened. 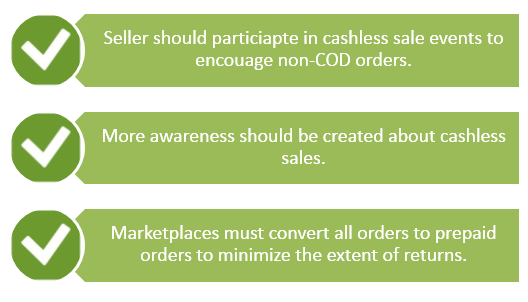 Seller Mayur is not entirely happy with the way marketplaces are carrying themselves. He feels more can be done. The seller shares the following tips: 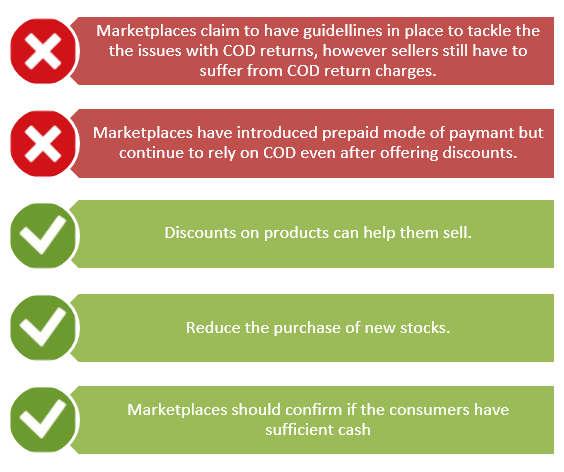 According to Asad online marketplaces are doing their best to make sure sellers and buyers both have trustworthy payment alternatives to COD. To deal with the situation he feels the following points will work: 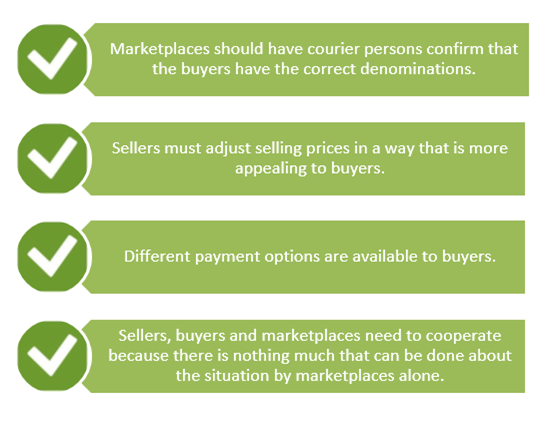 How about you? How are you coping with the impact of demonetisation in online retail? Do you think the above are useful solutions? We’d like to hear your story in the comments section below.

Marketplace Seller apps – Are they the future...

Why do online marketplaces show little regard...