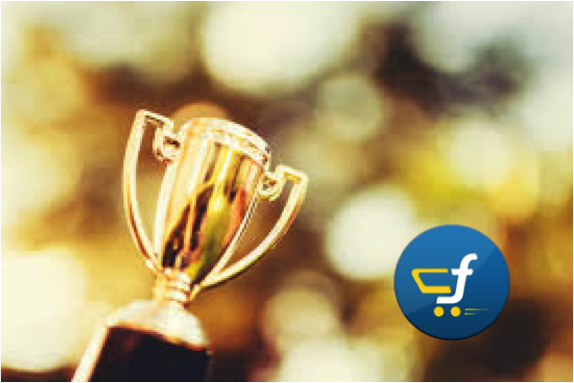 In the midst of all the doom and gloom, Flipkart has a small ray of sunshine. RedSeer’s fourth E-tailing Leadership Index (ELI) shows that the Indian company tops the list of popular ecommerce brands. The report was compiled based on 7,500 respondents across India.

The scores are as shown in the graphic: 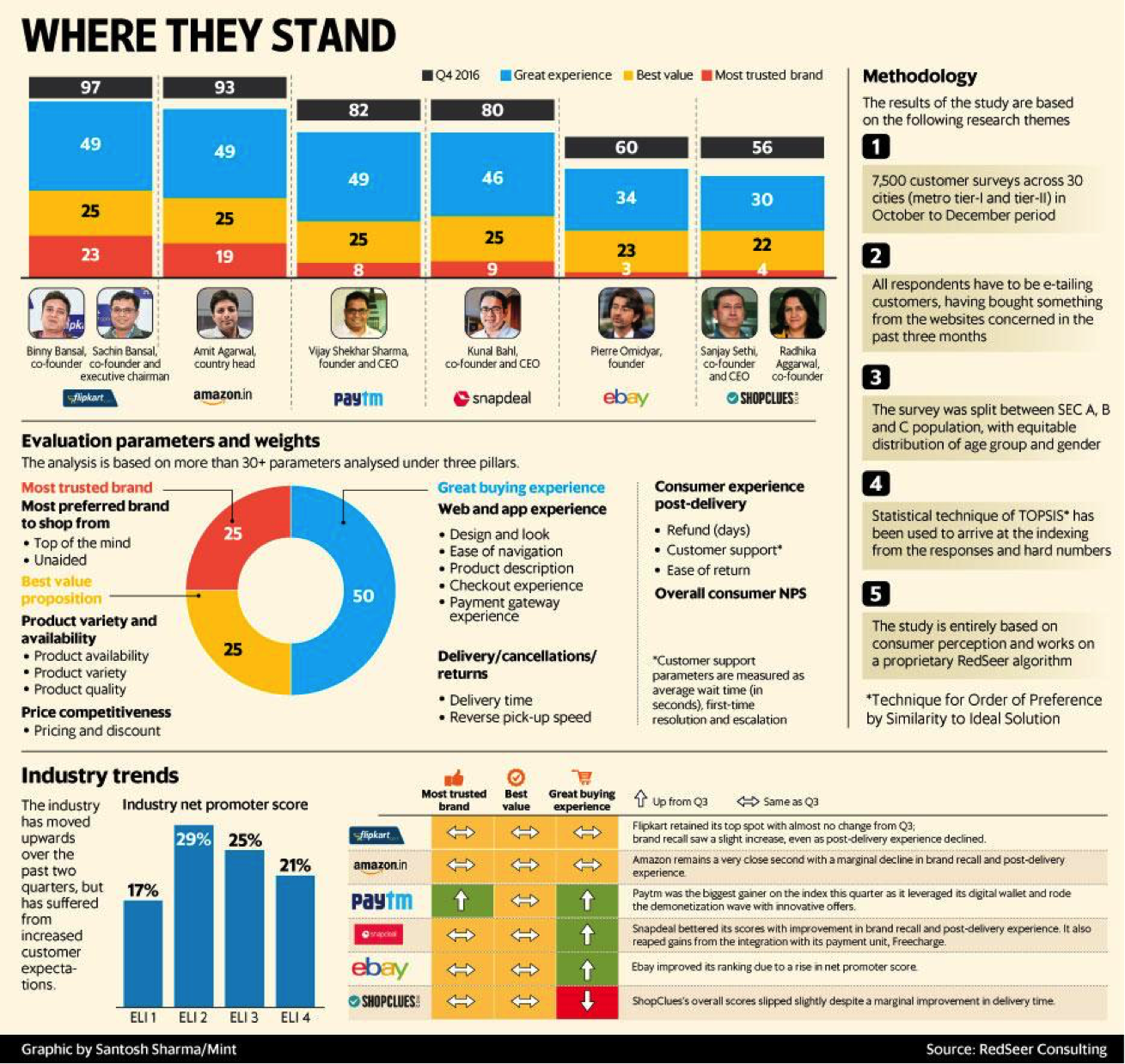 The report noted that customer satisfaction went down because of the demonetisation drive in November. It said,

Problem after problem for Flipkart

Flipkart has had a turbulent few months. Kalyan Krishnamurthy was anointed as the new CEO, while Binny Bansal was made group CEO. Possibly as a result of this, it faced heavy attrition in the top level. Its subsidiary Myntra also witnessed top managerial exits. The company’s logistics wing Ekart suffered losses worth Rs. 810 crores in the previous year.

Insiders opined that its major investor Tiger Global brought in Krishnamurthy due to the multiple devaluations the company was subjected to.

However, the recent news, coupled with Jabong’s progress might just be the shot in the arm Flipkart needs. Jabong is doing well after its merger with Myntra. Its revenue grew, and its overall performance improved. Will the few positives be able to cross out the negatives?