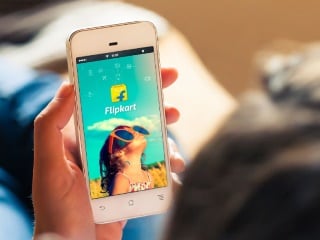 Flipkart is making necessary changes in its structure to comply with the Foreign Direct Investment (FDI) rules. The Centre had issued a note that permitted 100% foreign investment in online commerce in India. It had also said that those companies with a marketplace model should not have a single seller whose earnings are more than 25%. The note said,

“An ecommerce entity will not permit more than 25% of the sales affected through its marketplace from one vendor or their group of companies.”

WS the biggest seller; what is the recourse?

Flipkart is working feverishly to reduce the earnings of WS Retail, the company that currently takes a staggering 90% of its sales. March 31st is the deadline for companies to comply with the FDI rules. WS Retail has a revenue greater than physical brands like Pantaloons, Trent, Shoppers’ Stop and Future Lifestyle.

The company is trying to promote other vendors in order to distribute the earnings and minimise the dependence on WS. The CEO of an electronics company that sells on Flipkart said under condition of anonymity,

“WS Retail has stopped purchasing stock for Flipkart. Different new sellers are buying it for selling through Flipkart.”

Harminder Sahni, founder of Wazir Advisors says the company could be in hot water if it doesn’t step up to comply with the rules. He says,

“Flipkart has to reduce its dependence on WS Retail to follow government guidelines. n accounting terms, there will be no impact, but if they fail to get multiple large vendors to source goods from, then their operations could be impacted.”

The company is also facing an exodus of its senior management. Flipkart’s vice president and distinguished engineer Sharad Agarwal is leaving after a two-year stint with the company. Agarwal is planning his own enterprise.

Raghuram Talluri, Myntra’s VP and head of customer experience is also leaving to focus on his start-up, the details of which he did not divulge.

Mrigank Gutgutia, ‎Engagement Manager at RedSeer Consulting, feels that the trend is worrisome. He says,

“It is kind of natural, but not desirable. In the past six months, from a managerial perspective, things have tightened up at Flipkart. Investors have really been pushing the company to get to profitability. A lot of people who were hired in a different environment, they may not be feeling in the best of spirits. So I think, it is part of a natural progression.”

Amazon not far behind

Amazon is nonchalant about the exits, saying that it is a natural progression in a growing company. In its statement confirming the exits,Amazon said,

“As is natural in any large organization, there have also been some who moved on to pursue opportunities outside the company.”

However, a person familiar with the developments said,

“There is a process of de-centralisation being followed by ATSPL which will help quick turnaround and a larger team for the logistics unit. The management exits are a part of the vision Amazon India has for its logistics network.”

Does a group exit point to a worrying situation? Flipkart is taking measures to play by the law, but March 31st is practically upon us. Stay tuned, and IOS will keep you informed on the developments at WS Retail.