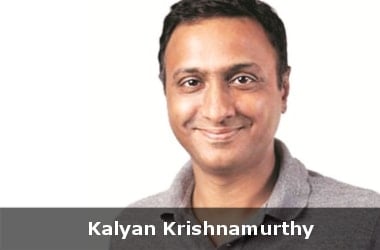 Like a stick of butter in a hot pan, like an ice-cube kept out in the hot sun, Flipkart’s top management is melting fast.

In January 2017 alone, the Indian etailer has lost seven of its senior managers. Besides the five earlier this month, two new got added to the list this week. They are Hari Vasudev and Ashish Agrawal, both SVP, Engineering at Flipkart.

These recent exits have left many senior positions vacant, with only handful of people including the new CEO Kalyan Krishnamurthy to manoeuvre the shaky boat. The remaining head honchos have to manage its advertising, logistics, marketplace, fashion arms, and other units, while also keeping an eye on growth and funds.

A manager from one of the companies that has invested in Flipkart said,

“The latest reshuffle at Flipkart is good for the company—it needed someone at the helm who could inject some financial discipline into the ranks and also help pave the way for a proper exit for all investors a few years down the line.”

Krishnamurthy, ex-employee of Flipkart’s investor Tiger Global took control of the online marketplace at the beginning of this year by replacing co-founder Binny Bansal. Devaluations triggered this CEO switch, according to industry experts.

But the stock of devaluations has not yet finished.

As per Fidelity Investments’ regulatory filing, the mutual fund company marked down Flipkart’s value by 36% in November 2016. This brings down the Indian etailer’s valuation at $5.58 billion.

In the recent times, Morgan Stanley, T Rowe Price, Vanguard, Fidelity and Valic are few other investors that has decreased the value of Flipkart’s shares.

Chaos or clearing out the clutter?

As we can see, things are not looking up for Flipkart right now. Losing trust of investors and top mangers is not a positive sign. The CEO has been served too much on his plate and the pile is only growing.