Home  »  In The News  »  Rakuten may enter Indian ecommerce by Sept; to follow marketplace & cashback model 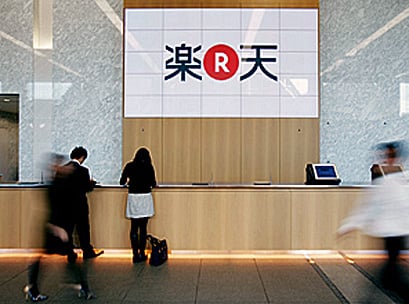 Japan’s largest ecommerce company Rakuten is rumoured to enter India by August or September 2016. The news story about Japanese etailer’s foray into Indian ecommerce broke out first in April this year.

Rakuten’s spokesperson had nothing new to add this time as well and repeated,

“India is a vibrant growth market and a great source of top talent and ideas for us at Rakuten. We will continue to expand our development activities in India through the recruitment of great engineering talent and although we are always interested in new global opportunities for growth, we don’t have any updates on new business developments in India at this time.”

The Japanese ecommerce giant hasn’t released any official statement yet about its India venture but just like Alibaba, the groundwork is on in full swing.

What we know about Rakuten’s India operations:

If the speculation turns out to be true, Rakuten couldn’t have picked a better time. The peak online shopping season starts around September-October and ends in December-January. And Indian ecommerce leaders Flipkart, Amazon and Snapdeal’s growth has stagnated.

Last year, we witnessed a tight battle between Amazon, Flipkart and Snapdeal. With Alibaba, Rakuten and MNCs stepping in this year, we can’t wait to see how different the festive season sale will be this time around for existing players, sellers and buyers.