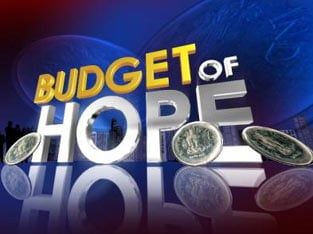 IndianOnlineSeller (IOS) has already presented how in the absence of ecommerce specific laws, the industry is in a state of chaos.

With Union Budget 2016 around the corner, etailers have placed all their hope on this budget session to get their concerns resolved. Here’s their wish list.

The digital industry including online retail is rooting for GST Bill to be passed during this budget session. It’s on every company’s wish list and rightfully so.

GST will come as a huge relief as it will put an end to all the tax woes. Etailers want uniform and fair tax policies from the government as opposed to a string of different taxes that varies from state to state.

“Right now we have 5-6 states troubling the industry, if the GST doesn’t get passed in the Parliament, we will have all issues with all 28-29 states,” said Subho Ray, President of Internet and Mobile Association of India (IAMAI).

Last time when the government tried to pass the GST Bill in December 2015, parliament session was stalled due to disruptions. Since passage of GST is crucial for the ecommerce business, we hope nothing (no one) blocks the session this time.

Mehul Jobanputra, Co-founder of DesiDime.com & Zingoy.com shared his expectations from this budget with IOS.

He stated, “The Indian Govt is being considerate of the Start-Up culture in the country. We got positive vibes from the PM & the insights at the Start-up India event were truly great. We are Hopeful that this budget will be Pro-Start-ups in terms of mainly 3 points.”

This demand is inter-connected with GST as uniformity in tax and regulations will automatically help to build a conducive business environment.

Nirmala Sitharaman, Minister of State for Commerce & Industry confessed that defining ecommerce marketplace is a complex issue. Well, this complex issue needs to be addressed.

This leads us to Foreign Direct Investment (FDI) as that remains the main grouse of retailers’ body against ecommerce companies.

In 2015, government allowed single-brand retailers with FDI to sell online. And there are murmurs that they are soon going to allow 100% FDI in the marketplace format of e-commerce retailing. Needless to say, offline retailers such as The Confederation of All India Traders (CAIT) are against FDI in ecommerce.

Will 100% FDI in B2C ecommerce become a reality?

IOS had predicted that one of the trends that will shape the ecommerce industry in 2016 is cashless online transactions. The government too had expressed its desire to make India a cashless economy.

We are happy to report that the desire is being backed by concrete moves by the government. The Cabinet approved removal of surcharge, service charge and convenience fee on card and digital payments on Wednesday, i.e. February 24th, 2016.

It simply means vendors and payment gateways will no longer ask for additional fees for digital payments. This step is taken to encourage payments through cards & digital means, curb black money and reduce tax evasion.

Expressing his pleasure over this step, Paytm’s Founder Vijay Shekhar Sharma said, “This is a masterstroke by the government following last year’s [RBI] decision to roll out payment banks. This will force companies to not levy additional charges. It should not cost more when you’re paying digital.”

In The News Author Shweta Singh Date February 26, 2016
Share On

Next Article Online retailers secure logistics ahead of GOSF