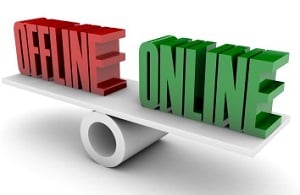 In a country which is slowly discovering the potential of the internet, e-commerce and retail is all the rage. Why else would investors around the globe pour their money into e-retailers and online sales portals? This isn’t all for good. Atleast, not for the traditional brick and mortar retailers.

RAI takes Centre to court for discrimination in FDI

As a result, the Retailers Association of India (RAI) has filed a case against the Centre demanding equal terms and conditions regarding the implementation of Foreign Direct Investment (FDI) for both online and offline sellers. Unlike the offline market where foreign B2B investors are allowed 100% FDI and thereby direct investment, control and operation, the online market enjoys the best of it – an effective investment minus the competition. Inspite of the FDI cap for e-retailers, major online sellers like Flipkart, Snapdeal, Jabong, etc., have been treated lavishly with rounds of investment from Venture Capitalists and Private Equities. But offline sellers, who have enough to worry about in terms of investment and making ends meet find this an unfair imposition of regulations.

The recent investment of $627 million investment in SnapDeal by a Japanese firm called Softbank has stirred several regulatory bodies with regard to the disparity in rules between offline and online retail.

Talking about the unfair situation of FDI in India, Kumar Rajagopalan, chief executive at Retailers Association of India (RAI) said, “On paper, ecommerce can’t have foreign direct investment. However, a whole lot of marketplaces are effectively retailing. It is a convenient method of saying they are marketplaces, but they can get as much FDI they want. So there is no level playing field in India,” he said.

Equal FDI – how does it affect offline retailers?

The online market has been inventing and re-inventing itself ever since its appearance in the Indian retail segment. They’ve done everything – from lavish discounts and sales to ‘try and buy’, 14 day return policies to membership benefits, etc., Gap in growth in offline and online sellers is already wide enough causing several offline markets to consider online establishments. FDI in B2C e-commerce will widen this gap between offline and online markets further.

Further, there will be an adverse impact on micro and small scale developments and products, especially those that originate from rural parts of India. This can lead to a crisis of small scale skilled workers, perhaps in equal proportions to the agrarian crisis of India.

Equal FDI – how does it affect online retailers in India?

Foreign online sellers like Amazon and Ebay on the other hand have only portal establishments in India where they sell through third party vendors. If the FDI cap on online retail is equalised to that of B2B offline commerce, then chances for Amazon and Ebay to expand their foothold in the online market of India grows higher. This would mean a fatal blow for existing Indian online sellers like Snapdeal, Flipkart, Jabong, etc., As our report indicates, Amazon will be allowed to stock its own inventory rather than relying on third party vendors which will quickly enable it to climb the ladder in the Indian online retail market.

“The only e-commerce player that will benefit from such a move is a company which is already operating in India as a marketplace and wants to enter the country through an inventory based model,” said a spokeswoman for Flipkart, referring to Amazon, regarding the consideration of change in FDA norms.

According to analyst predictions, in the coming years, shares of e-commerce retailers is expected to soar more than five times by 2019, from 2% in 2014 to 11%. But on the other hand, offline retail is expected to take a curve down from 17% to 13% by 2014. With crowd funding and online portals which can easily be customised into individual online stores, very little investment can turn great returns for an online seller. The future of online retail in India looks good inspite of controlling norms and regulations.

Next Article SBI and Amazon tie up; what’s in store for Indian ecommerce now?