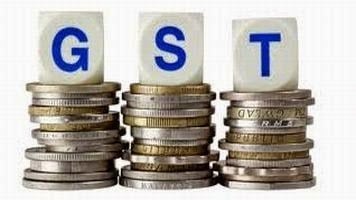 As the Goods and Service Tax (GST) bill is getting ready in the oven to make ecommerce companies more accountable for taxes, etailers are trying their bit to avoid ending up with a raw deal.

NASSCOM appeals to the Commerce Ministry for unified taxation regime

National Association of Software and Services Companies (NASSCOM) believes that different State taxes levied on ecommerce companies should be quashed. Instead, there should be a uniform taxation rule. For the same, the body has appealed to Indian Commerce Ministry after learning that Karnataka state government wants to enforce 1% additional duty for e-commerce businesses.

Confirming the move, NASSCOM President R Chandrashekhar shared, “We will continue discussions with the Karnataka government in this regard. Many states have adopted policies that do not have this negative impact. Hence, it’s important to have a uniform policy. We have requested the Ministry of Commerce to issue an advisory to states.”

He rightly added, “The difference in taxation that has been adopted by Karnataka is a bit of concern. Such an approach would not be conducive for continued growth of the segment.”

Etailers insist that aggregators shouldn’t be subject to GST

The ‘mere service providers’ dispute continues as the ecommerce industry want online marketplaces such as Flipkart, Amazon, Snapdeal to be excused from GST.

Ecommerce industry’s representative stated, “The term ‘agent’ should be clearly defined to exclude marketplace ecommerce companies who are facilitating sale by vendors to customers through their web portals. Various services (such as warehousing, cash collection, delivery etc.) provided by ecommerce companies to vendors should be viewed as a composite service for the purpose of ascertaining taxability or place of supply and should not be segregated into individual service components.”

The argument is that a marketplace does not directly sell or buy the product, so why put the burden of tax on them? It should be borne by vendors as per ecommerce experts.

State VS etailers with government in the middle

IOS has regularly reported about the various tax disputes between state tax authorities and online marketplaces. Whether it is Karnataka-Amazon dispute, Uttar Pradesh & Uttarkhand tax issues, Telangana’s tax reforms, or Kerala-Flipkart VAT battle, all indicate that if soon a solution is not figured out, the economy will continue to suffer.

Let’s hope that when the final draft of GST Bill is approved, it satisfies both, etailers and various state government tax authorities along with being fair and uniform.