Just last week the media were pondering if Alibaba's fall in stock price would have negative ramifications on Indian ecommerce, as it may give venture capitalists cold feet in regards to investing.

Fast forward one week, and the largest global ecommerce player, Alibaba has taken an enormous step to increase their foothold in the Indian ecommerce market, by investing $680 million dollars in ecommerce marketplace, Paytm and becoming its largest shareholder in the process. The deal will create mutual growth benefits for both.

How they did it?

Alibaba already owned 25% of Paytm's parent company, One97 Communications via its affiliate, Ant Financial. Ant Financial has now reduced its holding to 20%, while Alibaba has taken a 20% share in its own capacity, which gives the Chinese major, Alibaba Group, an overall 40% ownership. The deal had been on the cards since July and rumours grew louder in August.

"India is an important emerging market with strong ecommerce potential, and we look forward to partnering with Paytm to deliver innovative products and services to consumers," remarked Daniel Zhang, chief executive officer of Alibaba Group. 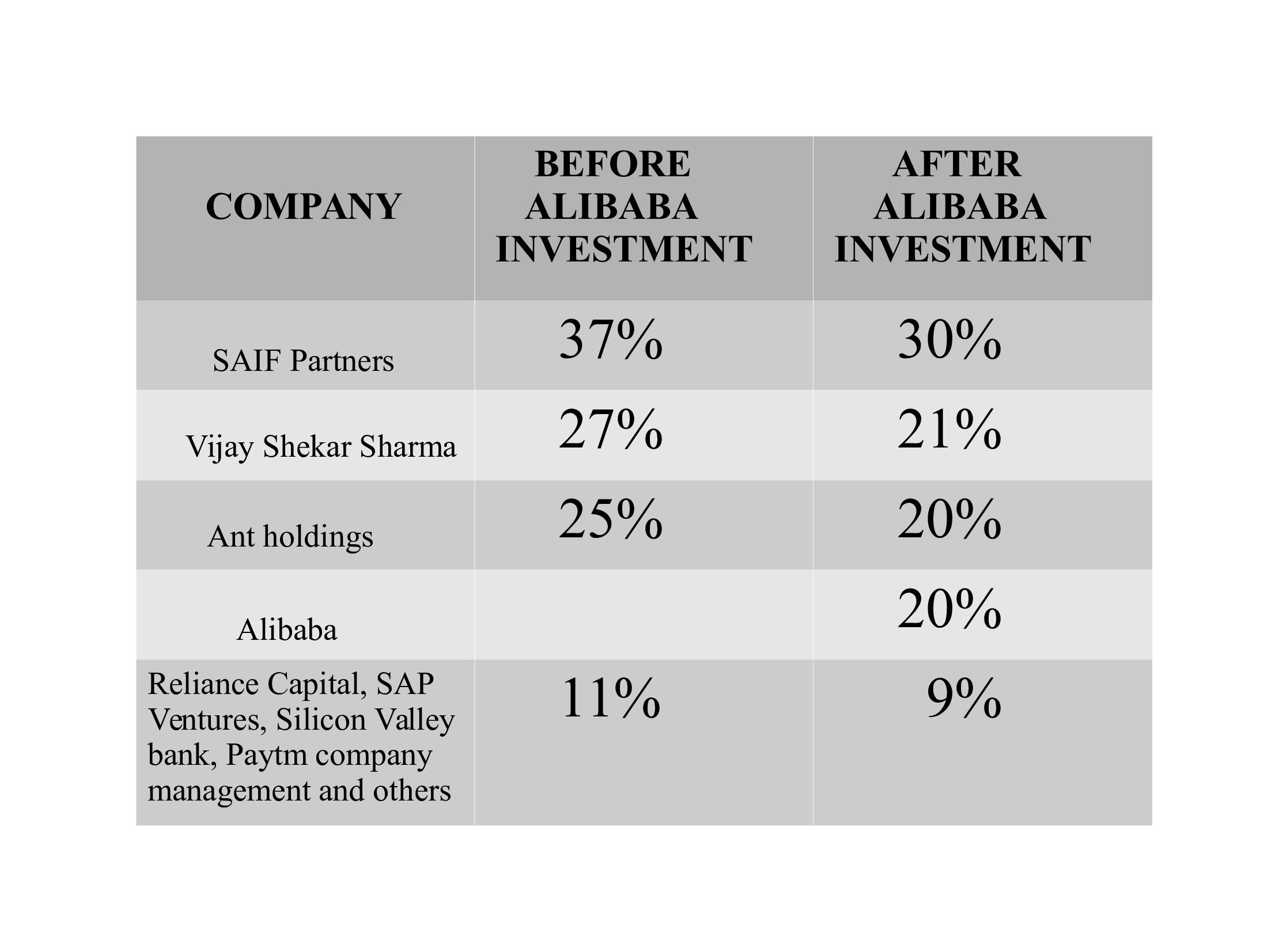 Alibaba's investment in Paytm will be utilised for:

Who will have the last laugh?

In its quest to continue to compete globally with the likes of Amazon, it looks like Alibaba is betting big on the Indian ecommerce ecosystem. Alibaba invested $500 million into Snapdeal last month and with the latest funding in Paytm, it has now set tongues wagging in regards to what is its overall strategy for India.

Alibaba’s investment has given Paytm a new estimated valuation of $4 billion dollars, which is slowly gaining on Snapdeal’s estimated $7 million dollars figure. Indian ecommerce giant Flipkart's $15.2 billion valuation, which was confirmed by the company last week is still right out in front. As Indian ecommerce companies begin to talk of profitability, who will be the first to be laughing all the way to the bank, remains to be seen.