With the news of Alibaba bringing in 1 lakh Chinese sellers via Paytm, ecommerce industry watchers are waiting with bated breath to see the outcome of this entry.

It’s common knowledge that the battle between homegrown online marketplaces Flipkart & Snapdeal is on an all time high. But once AliExpress’ sellers enter India in August, another exciting face off between two global ecommerce leaders will be witnessed by all. American bred Amazon and China born Alibaba are expected to compete head-to-head to grab biggest market share in Indian ecommerce. 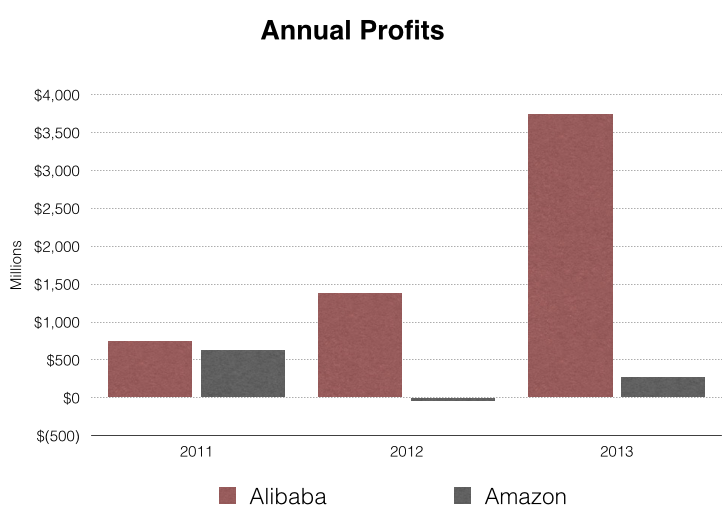 The Chinese ecommerce player won’t operate independently but would work in association with Paytm. Amit Lakhotia, Vice President – Business, Paytm said, “We are looking at the legal and taxation issues for allowing sellers from Alibaba to sell through Paytm in India. We will be handling the logistics and are working on technology integration and figuring out how the returns will work.”

Amazon has a headstart

The American etailer entered India in 2013. So they have a head-start of 2 years as compared to Alibaba. Over the past two years, the company has poured in huge amount of money to strengthen its presence in India. Whether it is setting up their logistics centre, getting fashion forward, setting up call centres for sellers, enabling Indian sellers to sell overseas or connecting at a grass-root level by tying up with Indian railways, SBI and local kirana stores.

Amazon has a first mover advantage. But the fact that Alibaba which started in 1999 is considered to be the biggest competitor of Amazon that started in 1995 speaks a lot about the former’s potential. While Amazon’s has higher fee revenues, Alibaba sells more and their profits have consistently multiplied.

This is not the first time that both of these players are in a direct competition. From many years, Amazon and Alibaba are vying for the same position – No 1 Global Ecommerce Player. Besides India, they have battled out similarly for Malaysian and European markets.

Amazon and Alibaba may look similar online marketplaces but their core policies are poles apart. Amazon is completely customer centric and is known to alienate their sellers. On the other hand, Alibaba believes in empowering small businesses. Excerpt from Alibaba’s IPO prospectus read as, “Our proposition is simple: we want to help small businesses grow by solving their problems through Internet technology. We fight for the little guy. Since our founding in 1999, we have helped millions of small businesses to achieve a brighter future.”

So who will win? The one who focuses on customers primarily or the one who roots for small businesses. Any thoughts? Please share.

Next Article Could limited finances end Indian ecommerce? Are the days of glory nearing an end?