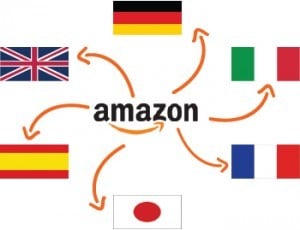 Steep discounts were the order of the ecommerce world last year; no one wanted to be left behind and it had become a case of etailer offering the most discount becomes customer favourite. While differentiation was considered to be much needed, how many actually tread that path to have the extra edge is debatable.

With its global presence, Amazon has had the advantage of leveraging on its strengths to stay ahead. Today when everyone is trying to outdo one’s rivals, Amazon may have struck on yet another strategy for the same. It has launched a service to allow sellers on its platform to sell to US and UK customers.

Called Amazon Global Selling, around 200 Indian merchants have already started selling through this service and more are being taken on board.

“The intention is to expand this (global shipping for Indian sellers) to other markets. We did a pilot first and we found that this was very attractive for sellers, manufacturers and entrepreneurs. There are areas where there’s friction for sellers such as logistics, product compliance and tax because regulation is different in different countries. We are developing a network of third parties to provide these services to sellers,” Deshpande said.

Selling to international customer base

Parent company, Amazon US already facilitates global selling to sellers in international markets. Around one-fifth of its overall third-party sales is from this kind of cross-border selling.

The Amazon India team is coordinating with its US and UK counterparts to help Indian sellers with the following:

“We think this is a huge opportunity. There are 25 million Indians outside India. And then there are other customers who want to buy stuff from India. Some of the early categories that we’ve identified are apparel, shoes, jewellery, health and beauty products, home furnishing and cricket bats, but the goal is to expand it to the full category set,” Deshpande said.

Advantages for an Indian Online Seller with selling international

So are you going to try selling to an international customer base with Amazon Global Selling? Do share the experience!