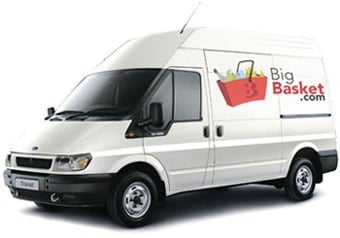 India’s leading online grocer, Bigbasket will pocket $25 Million in fresh funds after reportedly selling a minority stake to the International Finance Corporation, which is the private-sector lending arm of the World Bank.

Bigbasket had recently raised $50 million after receiving more funds which included from Bessemer Venture Partners. It is understood that the company had also requested Citigroup to raise a further $150Million from investors. Last year the egrocer had raised 200 crore funding from venture Capital firms such as Helius and Zodius fund II with Avendus.

Two months ago, Bigbasket started operations in an unnamed tier II city and it also has ambitious plans to expand to 20 more tier II cities over the next 24 months. It currently operates in:

Earlier in the year, BigBasket CEO and co-founder Hari Menon set a revenue target of $400million for this financial year and in the following 12 months to achieve an income of $1billion.

“Our revenue run rate projection for the next financial year, FY17, is $1 billion,” said Hari Menon, CEO, BigBasket, earlier in the year.

With the continued ability to raise funds, the company is well on its way to growing and achieving its ambitious targets, although of late more established ecommerce marketplaces such as Snapdeal, Amazon and Flipkart, among others are making inroads into the massive online grocery industry with daily offerings, building apps and investments in competitors. So we will have to wait and see who will become established as the online grocery leader.