Etailers, lawyer up – ecommerce lawsuits on the rise 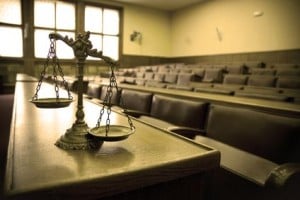 Amazon, Flipkart, Snapdeal, Paytm and others, get ready with your legal team as many lawsuits are coming your way, according to legal experts.

Confusion over guidelines for FDI in ecommerce﻿

Out of the many conditions laid out by the Department of Industrial Policy and Promotion (DIPP), few in particular have caused confusion. They are:

It is the above 3 points, which is attracting the maximum allegations and counter-allegations. Ecommerce companies too are confused about advertising and offering discounts to their buyers due to the ‘not influence price’ clause, as it is open to different interpretations

“For instance, we are unclear about what the guidelines mean on indirectly influencing the price… There are certain things that you do to promote the platform and what we find confusing in the new guideline is that even if you have to promote the platform indirectly and if that has an influence on price, you are somewhere violating the regulations. ”

Legal experts also feel that the ‘influencing price’ condition lacks clarity and will restrict online marketplaces from doing their business with ease. And imagine the sheer amount of legal notices that will be slapped on etailers during festive season or before any sale event?

“There is no clarity on what would constitute ‘influencing’ the price of goods sold on the platform. Given the broad interpretation that can be attributed to this term, even genuine business transactions can fall within its ambit and, consequently, be challenged by the authorities,” stated Abhilekh Verma, partner at Khaitan & Co.

FDI guidelines is not the only thing etailers should worry about

Above we explained how new policies can lead to lawsuits against ecommerce companies. However, there are other reasons that can force etailers to suit up and pay a visit to court.

“We can also expect a fresh round of litigation based on the conditions (such as no pricing influence and not beyond 25 per cent sale by a single vendor) set out in PN3. In addition to the opposition by traditional retailers, unrest among vendors listed with online marketplaces is also growing. Some of the broad allegations of such vendors pertain to compulsory use of logistic services of marketplaces,skewed refund policies, retention amounts and disclosure of strategic discount pricing to other vendors. Regulatory intervention in this regard has been sought by one of the associations of such vendors.”

Many sellers have informed Indian Online Seller that they are planning to send legal notices to ecommerce biggies Amazon, Snapdeal, and Flipkart for brand infringement, unfair  returns policy, manipulating charges of seller service, and other unjust demands.