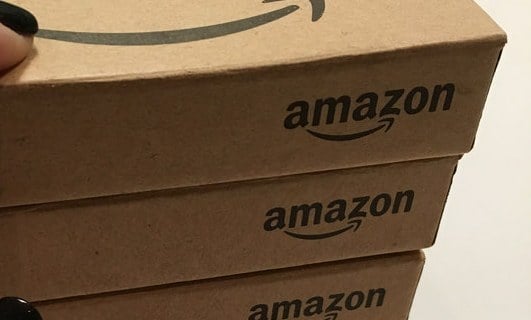 Amazon recently hosted a four-day long Great Indian Sale in August and it broke an all new record. The etailer is hell bent on proving it is the best in Indian online retail. Amazon said it is the true market leader. It also drew attention to the fact that it is dominating online smartphone sales, unlike Flipkart.

Now that the results for its Great Indian sale from 9th-12th August are in, the etailer claims it has achieved a new feat in the smartphone category. Apart from mobile phones, the etailer also claimed that the first day of the sale was the biggest in terms of sales for this whole year. Massive discounts helped the etailer to sell:

The fastest to fly off shelves were Xiaomi and Redmi 4A units, which were out-of-stock in less than a minute.

But, it wasn’t only these products that were in high demand. Amazon Pay received 20 times more traction than it did on a daily basis. Amazon Prime subscriptions were also on the rise.

“With Prime continuing to be our top selling product and Amazon Pay seeing 20X growth in top ups, customers continue to vote for the trust and convenience of shopping on Amazon.in,” said Manish Tiwary, vice president of category management at Amazon India.

Who’s been buying from Amazon?

Amazon claimed that twice as many customers from the tier 2 and 3 cities and below geographies bought from its platform during its sale period. The ecommerce company has been trying to reach out to more small cities and towns in the country like Banka and Purnia.

The availability of EMI options across categories has also helped the etailer capture more customer engagement. Its flexible payment options also boosted the demand for other categories as well like –