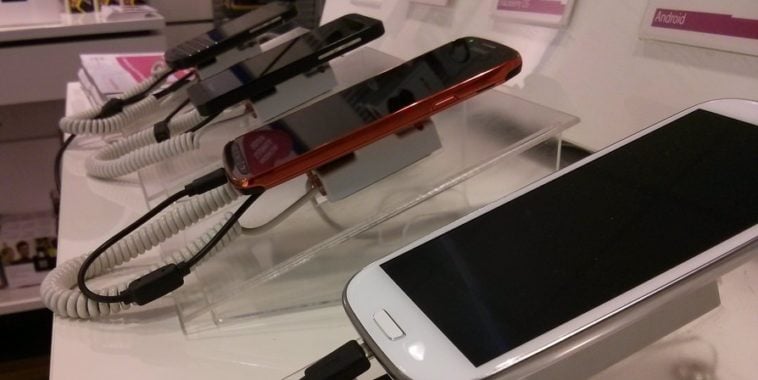 Mobile phones continue to dominate the ecommerce industry as smartphones fly off the shelf irrespective of the season. Amazon India says that their smartphone sales more than doubled and is growing at the same pace.

Arun Srinivasan, Director- Consumer Electronics at Amazon India affirmed, “We have seen 100% growth in our smartphone business. This is driven by strong uptake of premium products and demand from tier II and III cities.”

The marketplace would further fuel this growth by launching Amazon-only exclusive mobile phones of reputed brands such as BlackBerry, Nokia, Lenovo and LG in the coming few weeks.

“We believe there is a healthy opportunity for us to accelerate and there are no headwinds as of now. Overall, smartphones are among the top three selling categories and we are bullish on it for the long-term,” said Srinivasan.

Flipkart has not shied away from calling itself the market leader in the smartphones category.

The Jeff Bezos-led company averred that the sales estimates presented by research firms, in which they put Flipkart ahead of Amazon in terms of shipment and value of smartphones sold is not factually correct.

Srinivasan pointed out, “Some research agencies and articles (media reports) that have quoted certain numbers, which we want to clarify… We have never shared those numbers with them… According to the feedback from brands, there’s very little difference between the two platforms, and giving them some benefit of doubt, there may still be a 10% delta, but that also gets queered by returns, rejects.”

The American etailer is positive about surpassing Flipkart’s smartphone sales during the festive season.

“It’s possible that we could cross them on a sustained basis and by Diwali we could be ahead,” stated Srinivasan.

We sell to customers, our rival sells to traders, says Amazon

Amazon says that while their mobile phones directly went to customers, Flipkart’s went to traders. The etailer shared that factors like monthly cap on orders, less cash-on-delivery orders, and thorough customer identification during delivery ensures that resellers’ contribution to sales is low.

“Anecdotally, we’ve heard that a large chunk of their (Flipkart) sales goes to the trade, but it’s difficult for us to triangulate that. In our case, 99% is going to genuine customers,” asserted Srinivasan.

As for Flipkart, the home-grown marketplace declared that they have over 67-68% of online smartphones market share in their kitty and the 2017 festive season would prove to be even better than the last ones.