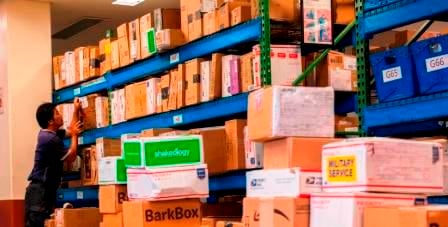 The distaste for Snapdeal logistics partner Vulcan Express is pretty evident on social media and other internet platforms. Online sellers informed IOS that the logistics company has been bitten by the lying bug.

According to three sources, allegations have been made by Adhinath Enterprise that Vulcan Express debited approximately Rs.9 lakh for fake audits at their company.

The first audit was arranged for December 2015 by Vulcan for Adhinath. The second occurred in February 2016, at the Bhiwandi warehouse (Mumbai).

Adhinath Enterprise was forced to sign a MoU with Vulcan on 31st January 2017 where it was agreed to debit Rs. 9,43,081 from the outstanding amount of Rs.26 lakh. But, it was only till much later that the vendor realised that no such audits had ever taken place. When asked to provide reports of the audits, the Vulcan declined the request stated a person involved in the first audit.

On the condition of anonymity, a Adhinath official said, “Audit by E & Y has been forced on us, on the basis of which the amount of Rs. 9,43,081/- has been deducted from our final payments.”

Over on the flipside, Vulcan Express claims that the matter has been closed.

The firm’s spokesperson stated, “Facts from the forensic investigation carried out by one of the big four accounting firms were shared with the vendor referred to in this instance. After satisfying itself with the facts of the matter and after refusing the opportunity for a joint audit, the vendor accepted the due payment and has signed a “No Dues Certificate” in full settlement of the dues. The process of settlement and payment was completed in January-February 2017 and the matter stands closed. Any allusions to the contrary are without any basis.”

Vulcan Express up for sale

The logistics company is about to be sold, like its owner Snapdeal, according to reports. The sale of this entity is expected to close in a couple of weeks, say 60 days, but could hiccups like these force interested buyers like GATI and TVS Logistics to change their minds?

Snapdeal expects to earn Rs. 90-120 core for Vulcan Express and some from the sale of Freecharge. This should help the etailer sustain its business should its renegotiated deal with Flipkart crumble to bits. Or incase Infibeam is not approved by investors.