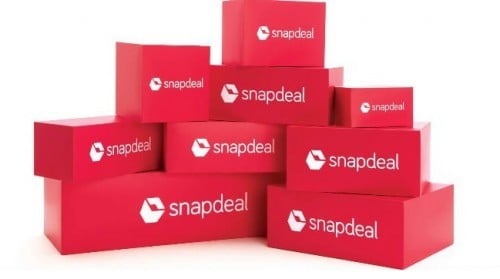 Things are getting pretty heated for Snapdeal as online sellers accuse the etailer of withholding payment. In a recent statement, the online marketplace mentioned that it owed sellers no outstanding dues. The company’s senior vice president of finance operations Sanjay Agarwal pointed out that there were cases where sellers failed to provide proper justification for their payment claims, in spite of multiple attempts by Snapdeal to provide a settlement.

Merchants on the platform claim that this is completely untrue and that etailer has denied them their payment.

The All India Online Vendors’ Association (AIOVA) claimed that Snapdeal’s press release, last week, regarding overdue payments, is false. The group of over 2,000 online sellers also mentioned that their claim of making payments within 3-5 days of sale is also untrue.

The seller group said that members of the group have tried reaching out to Kunal Bahl and other senior leaders at the company. Sadly, none of them acknowledged the concerns raised by the sellers at AIOVA.

“A survey was sent out to all 2,300 members of AIOVA in March requesting them to highlight cases which required escalation. The response from sellers was tremendous and we still keep getting data from sellers. This data consists of all emails, excel sheets etc. of data sellers shared with Snapdeal to lodge their claim,” stated AIOVA.

In its press release, AIOVA said that apart from incorrect information about their payment cycles, Snapdeal is being untrue about its grievance redressal system.

AIOVA said, “They have also mentioned that they have a robust grievance redressal mechanism, however, they have hidden the fact that seller helpline 18004190050 was shut down without any notice in March.”

IOS sent out a question to sellers via Whatsapp to know what they thought about Snapdeal’s statement saying it owed sellers no outstanding dues. We received a response from almost 50 online sellers who believed the online platform is being untrue.

“Our payment claims were approved in December 2016. Ever since then we are following up with them and they are providing next dates,” online seller Gunjeet from Handecor informed us.

Till the 18th of May 2017, the seller was told that remittance will be done by 11th June. However, on the next day Snapdeal changed its statement and told the seller it did not owe him anything.

“We have been associated with Snapdeal since April 2013 but have stocked out our entire inventory in January 2017 due to poor seller welfare policies,” the seller informed us.

Another long term Snapdeal seller (name withheld on request) said, “I have about Rs.53000/- kept on hold since 2015 for no valid reason.”

The seller registered on the platform in 2013 but has now left due to poor services by the marketplace.

“We stopped selling on Snapdeal as they raised a bill of Rs.35000 just for returns. Basically, they are a fraud company with lot of fake orders generated through their software. And, they charge you for return shipments thus making huge money,” the seller mentioned.

Hitesh Arora a fashion apparel seller started selling on Snapdeal in 2012. He responded to Snapdeal’s statement about overdue payment with,

“It’s not true – they are cheaters! They never verify orders, most of these are fake. If we don’t ship, we get penalised and if we ship and it gets returned we still get penalised.”

Since Hitesh is owed around Rs.35,000 by Snapdeal, he has left the online marketplace.

Another seller mentioned anonymously that Snapdeal’s statement is false. The bags and luggage seller reported non-payment of about Rs.55,000 by the platform. There were 2 to 3 cases that led to the rise of this payment. These cases were kept open for an entire year, the seller informed.

He said, “These are all products they showed as returns but the products never came back. They are not able to give any proof of the product being delivered to us.”

“It’s not true at least in our case,” said yet another seller who wished to remain unnamed. The FMCG seller has been a part of Snapdeal for 2.7 years and is extremely unhappy with the marketplace.

Snapdeal owes the sellers Rs.12 lakhs since the past 118 days now. The merchant stated that all of this is documented in emails with seller help and detailed reports are also available.

Mohammed Chand Pasha said, “All payments very confusing to understand. There is no transparency in payments.”

This has left the seller feeling unsettled as he cannot determine how much Snapdeal owes him.

AIOVA stated that the number of active sellers on Snapdeal is slowly declining, since January 2016. This is mainly due to payment troubles and other issues with the platform.

The lobby group said, “We also strongly object to the irresponsible statement made by Mr. Sanjay Agarwal, VP, Finance, Snapdeal where they are accusing sellers of fraud and legal action. This highlights the stepmotherly attitude of Snapdeal towards its sellers woes and the intimidation power that they are showing against small sellers. We have also raised intimidation issue with the commerce ministry in the past.”

AIOVA reached out to the government for assistance. But, the response it received was unsatisfying.

“We have also highlighted all issues to Honorable Minister of State for Commerce and Industry Madam Nirmala Sitharaman who had assured publicly to personally look into the issue. However, her office is now laying hands off the issue,” said the group.

Currently, the association of online sellers is exploring legal options to file a case against Snapdeal on behalf of sellers. This they hope this will prevent the marketplace from being sold/merged/shut down before all seller dues and disputes are settled correctly.