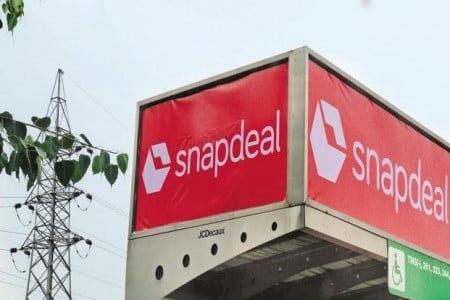 Indian home-grown ecommerce player Snapdeal is hoping to raise over $100 million in the upcoming round of funding. With eyes fixed on profitability, the etailer needs money to achieve its business goals.

“About a $100 million plus is what we need, until we start being independent.”

The online marketplace last raised funds in early 2016 worth $200 million.

The biggest roadblock to Snapdeal’s fundraising activity is feuding investors. Its largest investor Softbank wants it to be merged with ecommerce leader Flipkart. On the other hand, early-stage investor Kalaari Capital and Nexus Venture are against the idea.

According to news reports, the deal has been called off as the company directors were not happy with the terms laid out in front of them. The board of directors include the co-founders Kunal Bahl and Rohit Bansal besides representatives of Kalaari and Nexus. Few insiders revealed that the Snapdeal directors couldn’t accept the deal as it involved selling Snapdeal’s 10 shares in exchange of Flipkart’s one share.

For now it looks like that Softbank hasn’t been able to close Snapdeal’s sale deal and exit the marketplace.

Or Softbank would buy other investors’ stake to make it happen?

While the meeting with board of directors failed at one level, Softbank is not ready to give up. According to some sources, Softbank expressed its interest in buying Kalaari and Nexus stake in the same meeting. The intention is to make way for the Flipkart-Snapdeal by paying off the investors and co-founders. And this has got the investors thinking.

Buzz is that Kalaari and Nexus have asked $100 million each for their share in the company. And Bahl & Bansal too want $100 million for the Snapdeal team.

Cash-strapped Snapdeal is seriously considering Softbank’s offer but it would materialize only if helps to reduce financial strain. The company insider said,

“But a compromise will be reached only if the deal makes financial sense for everyone.”

In the meanwhile, talks with Paytm-Alibaba may also be revived.