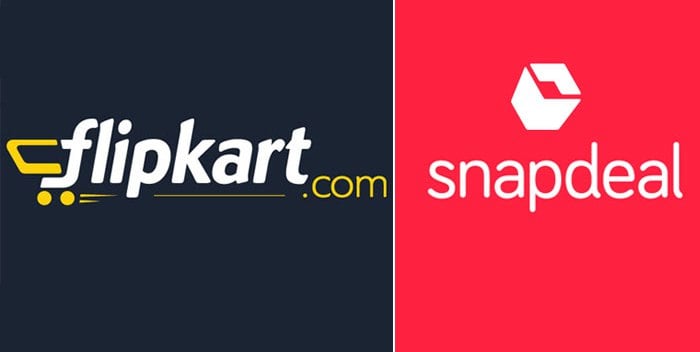 While the vagueness around Snapdeal-Flipkart merger still persists, updates have started trickling in that hint at the deal shaping up in the next 1-2 months. As per the recent reports, Flipkart is all set to raise over a billion from investors to buy Snapdeal at a valuation of $1 billion.

Flipkart to get richer by $1.5 billion

The Indian ecommerce leader’s three investors Tencent Holdings Ltd, Microsoft Corp. and eBay Inc are going to pour $1.2 -$1.5 billion funds into the firm. At a pre-money valuation of $10 billion, the money would enable the etailer to acquire Snapdeal and compete with Amazon India.

The funding deal with the above-mentioned investors would be closed by the end of next week. But Flipkart might receive more funds from other investors, if and when it merges with Snapdeal. First in the line would be Softbank.

Talks about buying eBay are on as well.

While Flipkart is making room for more cash, Snapdeal’s chief investor Softbank is working on its end as well. Making all the directors to see the positive side of the Snapdeal-Flipkart merger is high on the Japanese investor’s list. Right now the company’s valuation is a serious bone of contention.

Reports suggest that Snapdeal would be sold at a valuation of $1 billion, which is way lower than its earlier valuation of $6.5 billion.

Sources close to this development disclosed,

“Their argument is that Vulcan Express Private Limited and e-commerce management firm Unicommerce should be valued separately and not made part of Snapdeal’s valuation as they are either profit making or would about to do so… They want the total valuation to be around $1.2 billion to $1.5 billion minimum. The new proposal to the board would be send in the next few days, the final deal might happen in the next two weeks.”

Alibaba that has a minority stake in Snapdeal also want to exit the company, just like Softbank.

For now it looks like that Snapdeal and Flipkart might join hands. However, a clearer picture would emerge in the next 4-8 weeks. If the deal is indeed sealed, then it would create a huge problem for American ecommerce giant Amazon.