Home  »  In The News  »  BigBasket & Grofers talking about merging? 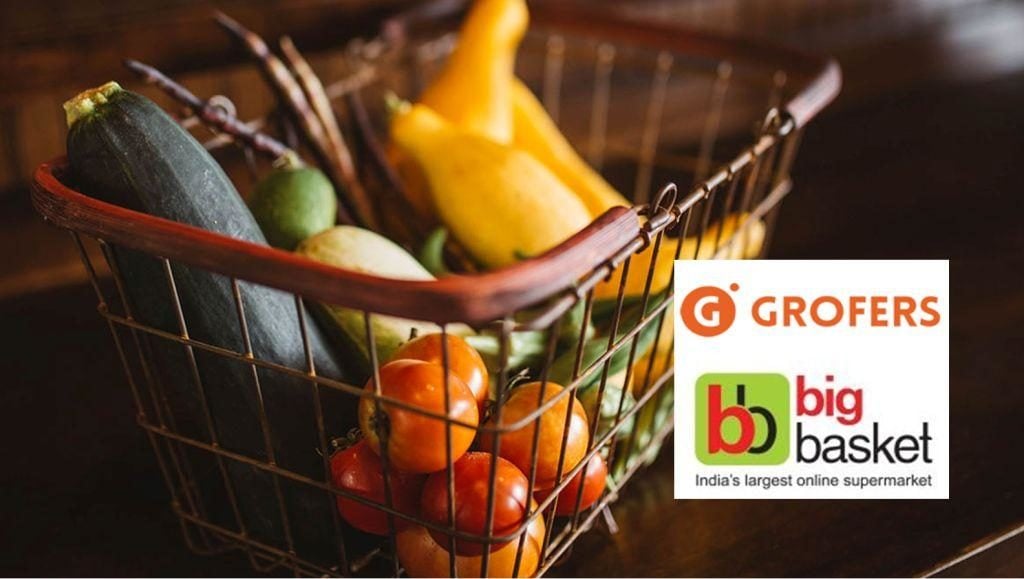 The online grocery industry is hoping 2017 will be its year. The big players in this segment are doing quite well given the troublesome year the industry went through. BigBasket witnessed 3 fold growth and Grofers saw an increase in its revenues too. Now word is out that these two ecommerce rivals may be joining forces for better prospects.

According to anonymous sources, the two online grocers, BigBasket and Grofers, were talking about mergers. The sources claim that the given parties have been discussing the possibility of a merger since last year in November. However, the progress of this has been slow as the discussions is still in its primary stage. By the end of January, talks held between them will be discussed in BigBasket’s board meeting.

Why is BigBasket and Grofers’ merger a big deal?

Online retail is heavily dependent on investor capital to grow. Striking a deal to merge these ecommerce companies will be of great significance in terms of expansion and growth.

But, the progress of this merger deal will depend on BigBasket’s financing round. The company has mandated for $150 million from Morgan Stanley in a fund-raise that will end in April. If it is successful the merger deal may stand cancelled.

Sources with knowledge of the happenings at Grofers’ stated that main financial backers Tiger Global and SoftBank are pouring fresh funds into the merged entity. And this could be an essential aspect in deciding the future of the discussion at hand.

One source revealed, “If their fund-raise doesn’t go too well, the merger is very likely to happen keeping in mind the $60-million cash that’s in the bank for Grofers.”

What do founders have to say?

When questioned about the merger, BigBasket’s co-founder, Hari Menon said, “We do not respond to speculations like these. We are in a very comfortable position on capital availability.”

Grofers’ CEO and co-founder, Albinder Dhindsa said pretty much the same when questioned, “We don’t comment on speculation. Our business has grown 50% over the last quarter and we continue to work on building a sustainable grocery business. Currently, we are not looking at any investments or strategic options.”

To save cash, Grofers used the second half of 2016 to develop its business and cut costs. This reduced growth activities significantly. The cost of each delivery in the express model has limited many like Grofers. This has affected performance and given rise to the constant need for capital. Players on the online grocery scene do not implement the full cost of delivery on the consumer. This is making the climb toward profitability a steep one.

Grofers has been striving to turn its pure-play express model into one where it stocks inventory through distribution centres like those at BigBasket. It has also requested sellers to provide deliveries to reduce expenses.

BigBasket launched its own 90-minute express delivery service last year and saw a 231% increase in sales growth. At the same time, the etailer also made losses of Rs.277 crore from the previous year’s Rs.61 crore. It spent a lot on marketing with the signing of its brand ambassador Shar Rukh Khan. The cost per delivery added to its losses and so did the expense of establishing its own warehouses.

“It’s a dilemma for Grofers whether to spend money or seek a merger. For BigBasket, it finds little value in Grofers’ technology , customers or revenue,” claimed a second source.

“It’s a different issue if Tiger and SoftBank want to talk a merger with follow-on investments. The hurdle to the deal making is the fact that BigBasket would dictate terms, but Grofers wouldn’t give up because it still has a lot of cash left on its books,” the source added.