Amazon expanding its 2-hour delivery service, but is the etailer dreaming too big? 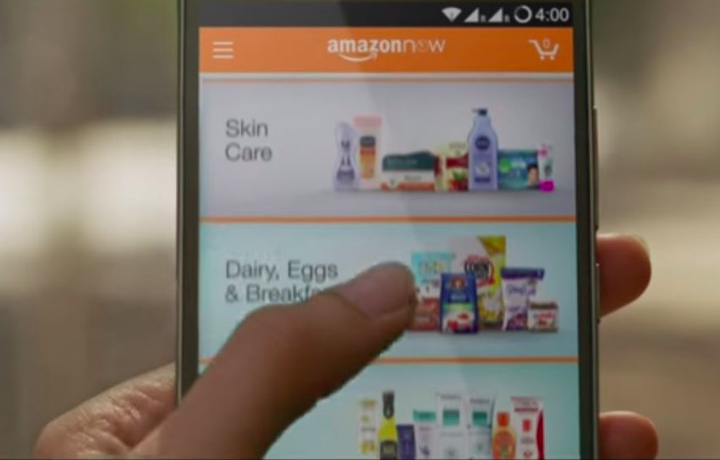 The etailer’s online grocery service ‘Kirana Now’ was rechristened as ‘Amazon Now’ in early 2016. In the trial period the service was available only in Bengaluru. It was gradually extended to selected pin-codes in Delhi-NCR, Mumbai and Hyderabad. In 2017, Amazon India is planning to add more pin-codes and cities besides the four existing ones.

“AmazonNow app has witnessed an amazing uptake by customers in Bengaluru and this overwhelming response prompted us to expand the offering to other cities like Hyderabad, Delhi and Mumbai in the last few months. We now cover at least 80% of customer demand in each city We will be expanding our reach to service more pin codes in the next few months. We will always continue to innovate on customers’ behalf to constantly enhance their shopping experience.”

Amazon has unreal expectations from the Indian ecommerce market?

The US-based ecommerce firm is on an expansion spree in India. Expanding its 2-hour delivery service is one of the many moves taken by Amazon to dig deeper into the Indian ecommerce market.

In the recent times, the etailer expanded its office space, opened new fulfilment centres and localized its seller services. To do all that and more, Amazon spent Rs. 7000 crore in 2016, which the etailer called long-term investments.

But according to industry watchers, Amazon is dreaming way too big. India’s ecommerce market is expected to become world’s 2nd-largest by 2034. Yet, it is too early to predict, experts believe.

“Companies often bet big when there’s a race for “winner takes it all” and there’s fear of missing out; there’s this sense that, if you don’t bet big, you’ll be doomed. It’ll take at least another 10-15 years for India to build the kind of depth with transacting users to come close to China and, provided, the GDP grows between 7-10% annually during that period. So in the short run, everyone has overestimated the potential of India’s Internet market. (But) for Amazon in the long run of a 20-year horizon, $10-15 billion of investment is nothing,” said Rutvik Doshi, Inventus Capital Partners.

Based on the estimates, Amazon has poured millions into its India business and has managed to dilute home-grown etailers Flipkart and Snapdeal’s market share. But would it pay off? The American etailer’s deep pockets have managed to trouble other ecommerce biggies but would it help to generate long-term revenue?